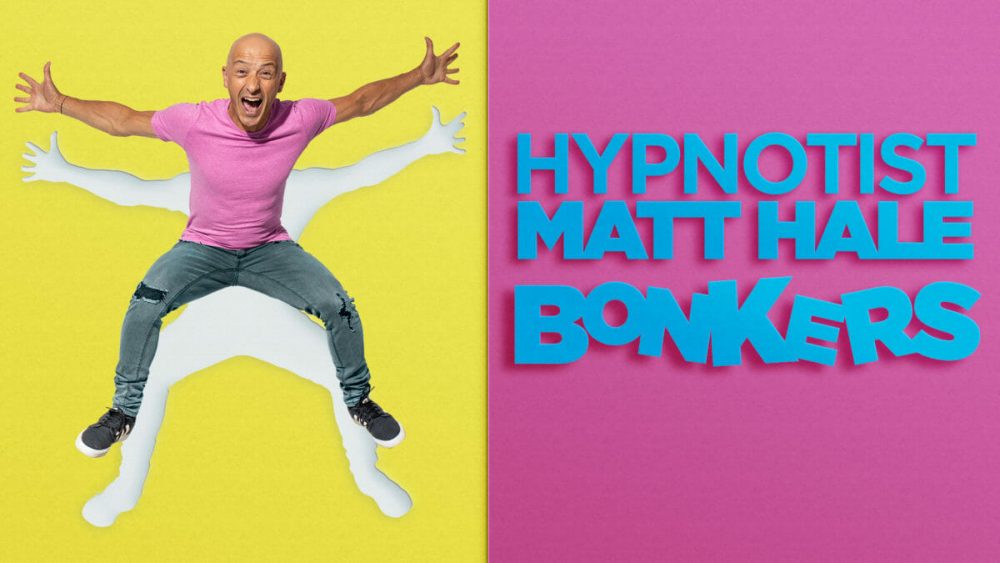 I first saw Matt Hale’s live hypnosis show last year and was adamant I wouldn’t volunteer to go onstage. I prefer to observe from the shadows than be in the spotlight.

But after I saw a bunch of youngsters rush the stage at Matt’s last show – and saw the fun that they had – I thought maybe I would give it a go a second time around. (Also enticing was Matt’s disclosure that participants would feel like they’d had a deep sleep afterwards – music to the ears of sleep-deprived parents like myself.)

But I took along a friend, who was a first-timer and a skeptic, and she was as adamant about not going up as I had been my first time.

So, with her help, I chickened out again.

And yet, I still had a blast.

Matt makes it hard not to have a good time with the thumping songs he uses for a backdrop – ranging from Jason Derulo to Queen classics – and his humour peppered throughout. (On his stage manager wife, Kathryn, he quipped: “It’s all right; she still thinks she’s married to George Clooney.”)

It was a hoot watching participants onstage being lulled into things they wouldn’t normally manage without laughing, from vibing to Fleetwood Mac like that famed skateboarder to imagining they’re acting in an ‘80s movie montage. Nicely too, the format had been changed from last year.

“There’s nothing that can keep you from being hypnotised except yourself.” And some participants did seem more immersed in the experience than others. Those who were less submerged or, alternatively, too chilled-out got a tap on the shoulder and were whisked offstage. (I imagine being made to make a quick exit if I had gone up.) This action helped whittle the group down to an entertaining core.

At one point, Matt described the whole experience as “absolutely, incredibly joyful” and indeed it was (including for a few kids in the crowd, who’d stayed up to catch the show with their ‘rents).

During the performance, Matt also commented on the tough time artists had had during the pandemic.

Along with joking about JobKeeper, he said:

“We just took a massive hit in Perth with the lockdown and had to cancel a ton of shows … We’ve had a crazy year, so we’ve got to have some fun.”

Right on. Maybe third time will be a charm for me in braving the stage?

Sidenote: The air-con in The Virago tent was turned up quite high, so it could be worth packing a cardi!