The Speed Cubers: more than just a documentary about solving a Rubik’s Cube 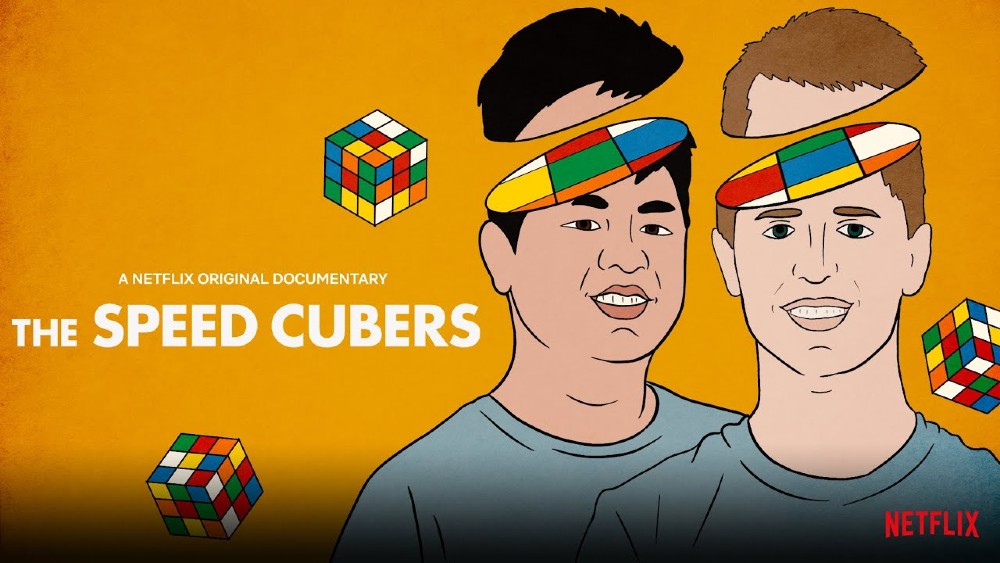 Netflix has just premiered the quirky documentary, The Speed Cubers, one of those hidden gems the popular streaming service offers from time to time. If you think The Speed Cubers is just a documentary about a bunch of brainiacs competing in a colourful, hands-on, pseudo Mathletics championship and filming it for YouTube, you'll be surprised by what you actually get, which is more of story about friendship, rivalry and finding one's place.

For people like me, who used to peel off the stickers of a Rubik’s Cube and rearrange them in order to “solve” it, this is going to blow your mind.

Netflix has just premiered the quirky documentary, The Speed Cubers, one of those hidden gems the popular streaming service offers from time to time that you may skip past in favour of rewatching an old episode of Suits if you’re not tuned into what its actually about.

If you think The Speed Cubers is just a documentary about a bunch of brainiacs competing in a colourful, hands-on, pseudo Mathletics championship and filming it for YouTube, you’ll be surprised by what you actually get, which is more of story about friendship, rivalry and finding one’s place.

At least they did… until Max Park came along.

For Max, who has Autism, speed cubing isn’t just a hobby, or a game, or something that’s going to make him a shit ton of money on YouTube.

He was originally introduced to cubing as a way to improve his fine motor skills, and as a happy side benefit, when his parents started entering him into competitions it also became a way for him to develop his social skills.

Max’s parents reveal that as a child he seemed trapped in his own world but competitive cubing has seen him overcome many of the obstacles he used to face and helped him develop socially and emotionally along the way.

The rivalry and the friendship

Feliks is an idol for Max; the first person Max ever asked for an autograph from or to take a photo with. As they keep meeting on the cubing circuit (yes that’s a thing), they become friends.

Somehow, what could be a fierce rivalry, with Max inching closer and closer to usurping Feliks from his Cube King throne, remains supportive rather than competitive, even as they set to face off at the Cubing World Championships (yes that’s also a thing).

Watching as Max annihilates almost every cubing record Feliks has set (no spoilers here, you’ll have to watch until the very end to see if Feliks manages to hold on to any of his Cubing Titles -also a thing-), one could be forgiven for assuming that Feliks might get, you know, a little ticked off by the whole thing, but instead we see Feliks texting Max after every win to say congratulations. We see him encouraging Max to eat his greens when they’re at dinner together. We see Feliks in tears at a tournament Max doesn’t win because he knows how that feels. And, most poignantly, we see Max try to express his own emotions, something his parents attest is something he struggles with due to his Autism, as he finds out at an event that Feliks doesn’t make podium.

It’s a portrait of two young men that appears to be almost unintentionally vulnerable as the see-saw of natural emotions disappointment and envy tips back in favour of the weight of the friendship they’ve built.

It’s only 40 minutes, so this is a great one to watch with the kids who will be wowed by how it’s even possible to solve a Rubik’s Cube BLINDFOLDED, and also shine a light on the friendship between Feliks and Max and how their individual differences make for a beautiful and touching friendship.

The Speed Cubers premiered on Netflix on July 29