The kids in your life will love Brainchild on Netflix! 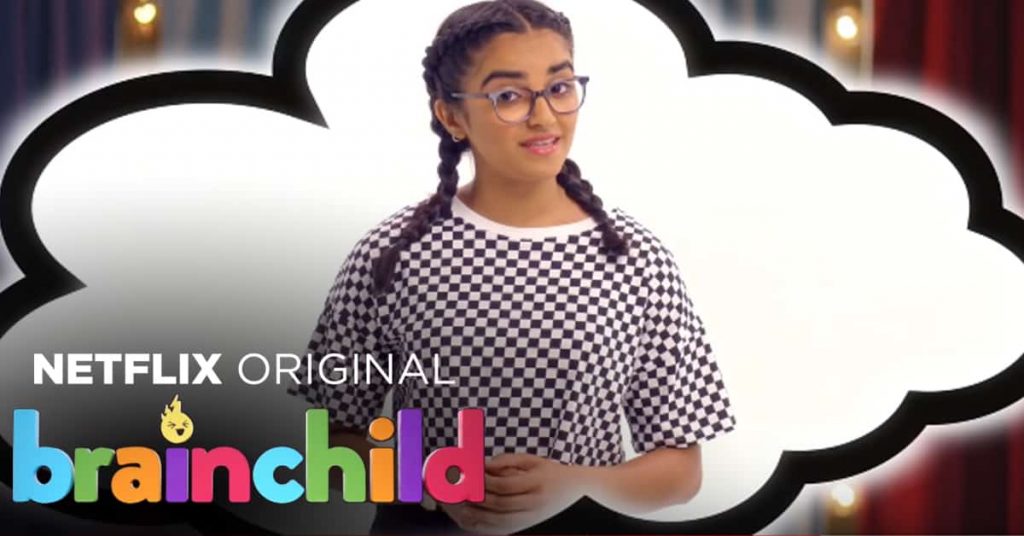 Have you watched Brainchild on Netflix with your kids? Brainchild makes science fun for kids, and answers the big questions in ways that are kid-appropriate and fun for the whole family!

Given Brainchild is one of the highest rated children’s TV shows on Netflix, obviously many families have found this gem hidden within the reams of brightly coloured cartoons and Barbie Dreamhouse episodes. But, even though my kids are pretty well versed at figuring out how to find shows on Netflix, we have only just stumbled across this one and I figure we can’t be the only ones who’ve missed it up until now.

No subject is too big or too small for Brainchild

Ostensibly Brainchild is all about making science fun for kids. Whether tackling big subjects like the impact and implications of social media, through the use of clever experiments, or asking life’s big questions like “do fish pee” or “how big is the universe” or “what exactly are memories”, the show covers a broad range of topics that kids have questions about that may not be covered in traditional school curriculum.

The show doesn’t talk down to children, but instead asks them to get involved and come to their own conclusions.

Brainchild also offers something so important in times where diversity is still sometimes lacking on our TV screens; it’s hosted by a woman of colour, Indian American Sahana Srinivasan.

Showcasing people of colour is the reason why popular American rapper Pharrell Williams signed on to produce the show.

“Seeing a woman talk to you about science and stuff is very encouraging for young girls and they message me about that,” Srinivasan said. “I also have women of colour, Indian young girls, who tell me that they’re interested in going into acting and this is inspirational for them.”

All the answers to “But WHY MUM?”

According to Netflix, “Brainchild makes science fun, cool, and accessible to everyone. Each episode tackles a topic that’s important to kids (and adults!) with comedy, experiments, and interactive games.”

The first 13 episodes are available on Netflix now. They’re 25-minute explorations of interesting topics including emotions, superheroes, social media, space, dreams, and creativity, among many others.

Brainchild is perfect for inquisitive kids and anyone, anywhere, who likes to ask “but why?”

Season 1 of Brainchild is available to stream on Netflix.

Watch the official Brainchild trailer below for a hint of what you’ll be getting.