REVIEW: Patch Theatre’s Me & My Shadow 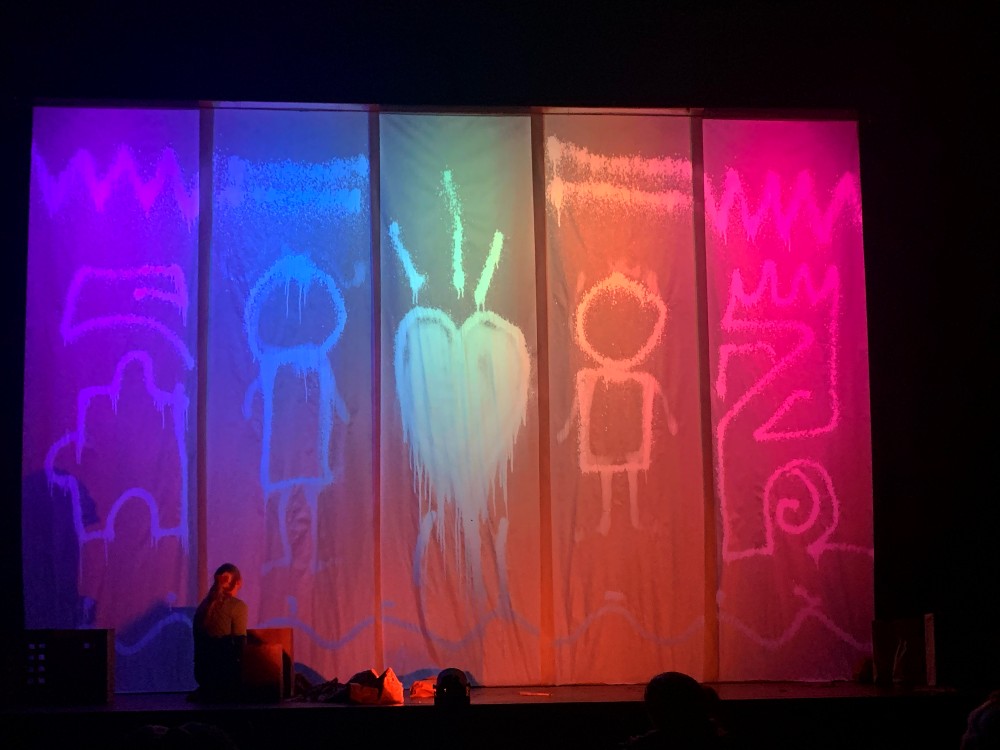 Me & My Shadow takes children and families along for the adventure as a young girl tries to befriend her shadow and, along the way, plays games, solves problems, and enters into the highs and lows of an imaginary friendship that is both fantastical and intangibly honest at the same time.

Me & My Shadow: Stunning Theatre for Children

Welcome to the playful, magical, fanciful depths of a child’s imagination.

Where paper bags become spacesuits. Where you can be alone but not lonely. Where an invisible city unfolds before your eyes. Where your shadow becomes your best friend.

Remember that scene in Peter Pan where Peter returns to the Darling household because he’s left his shadow behind, but can’t make it stick to him, so Wendy has to sew it back on? Peter’s shadow dances around the Darling children’s bedroom, sticking its tongue out at him obstinately and stealing away just as Peter thinks he’s finally caught him…

This is the type of imaginative world you’re transported to during Patch Theatre’s Me & My Shadow, but instead of being given just a glimpse of the connection between a child and the dreamed-up ideas and whimsical worlds they conjure up in their imagination, you’re pulled right inside and given 45 minutes of the fancy, fun and playfulness in a world that exists only for a child, inside her own head.

Me & My Shadow takes children and families along for the adventure as a young girl tries to befriend her shadow and, along the way, plays games, solves problems, and enters into the highs and lows of an imaginary friendship that is both fantastical and intangibly honest at the same time.

The show captures quite perfectly the flights of fancy of a child as well as the, at times, infuriating obstinance, in a way that shows the creators truly have thought about the inner workings of a child in all their intricate idiosyncratic (and sometimes peculiar) glory and managed to translate it so authentically onto the stage, that children feel right at home.

It’s quirky, physical and charming kid’s theatre at its absolute finest, at just the right length, so children are drawn in, but not lost along the way or having loud conversations with each other while climbing on the arms of theatre seats because they’re no longer interested.

To the contrary, the audience was captured. Hearing little voices ask questions to the stage and bubbles of laughter bounce around the playhouse was proof enough that if this was a world inside one girl’s imagination, the rest of the children were right there with her.

Back onstage after lockdown

With the theatre operating at 50% capacity due to Coronavirus restrictions, and the ushers working expertly to manage the seating arrangements for safety, you couldn’t help but feel incredibly lucky to be able to even take our kids to the theatre at all given the current climate, an appreciation which made it all that more magical to experience for all of us.