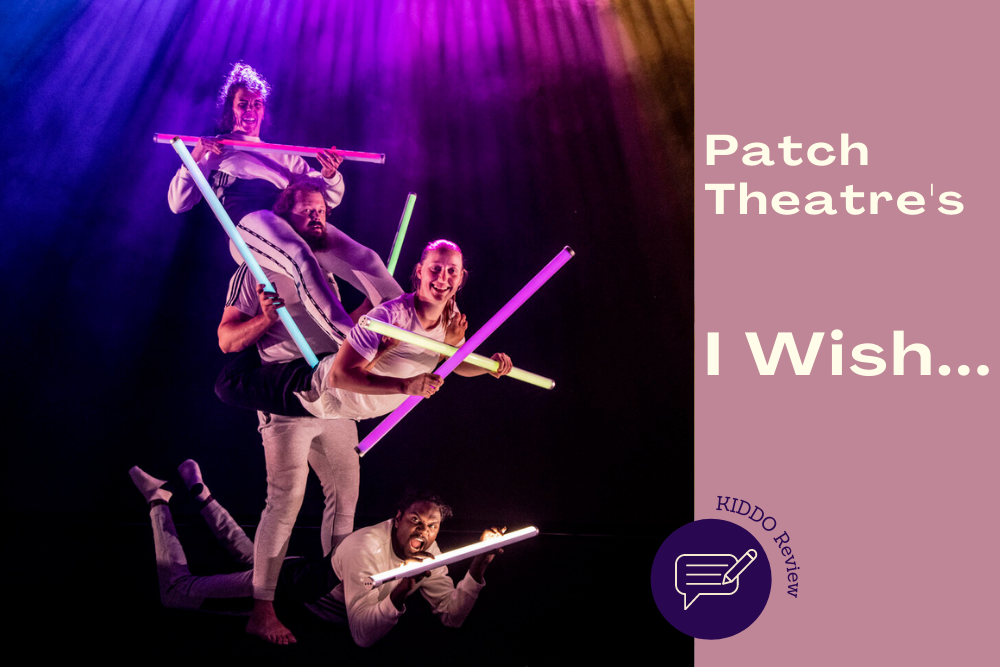 I Wish… is like a ‘party mix’ bag of lollies. There’s acrobatics, light art, dance, comedy, and video projection, all blended into one.

You’ll feel like you’ve seen some elements at other shows before, but never altogether like this – or with its unique touch.

The 45-minute performance is a collaboration between two South Aussie companies (yay!): Patch Theatre and Gravity & Other Myths.

Gravity & Other Myths is described as a company “pushing the boundaries of contemporary circus; their work utilises an honest approach to performance to create shows with a focus on human connection”. Patch Theatre, meanwhile, has been making professional theatre for those aged four-plus – and their families – since 1972.

And I Wish…? It’s an acrobatic adventure “exploring all of the things we could be”.

As it says in the show’s promo material: “People are made of stuff – good stuff and bad stuff; happy and sad stuff; stinky, odd, boring, dangerous, funny, sparkling potions of stuff. People also have secret ingredients – what could your secret ingredient be?

“Through physical theatre, stunning visuals and a healthy dose of humour, explore our differences to reveal the magic of individuality.”

Four performers make up the ensemble, including Indigenous Australian dancer Wakara Gondarra. Throughout, they’re dressed in the Sports Day-esque colours of red, yellow, blue, and green, and often donning that very 2021 accessory: face masks. (Adult attendees must wear masks too in line with COVID-19 restrictions.)

One thing I really took away from the show was that technology doesn’t have to dull your imagination. I’m one of those parents who often sighs about how screen-addicted my kids (and I) can be.

But as the I Wish… crew proved, you can still have a sense of play in the digital age. During the show, the performers reimagined handheld LED lights as everything from a lengthy fire hose to Power Ranger-like lightsabres, electric guitars, and a space rocket about to take-off.

Little mirrors, handed out to audience members before the show, were used to help reflect rainbow-like lights onstage. And the artists played catchup across the stage with TV screens, so an animated character could walk across them.

Interestingly, barely any words are spoken during the performance – and those that are, are pre-recorded. But this didn’t stop the kiddos watching from being on the edge of their seats the entire time. 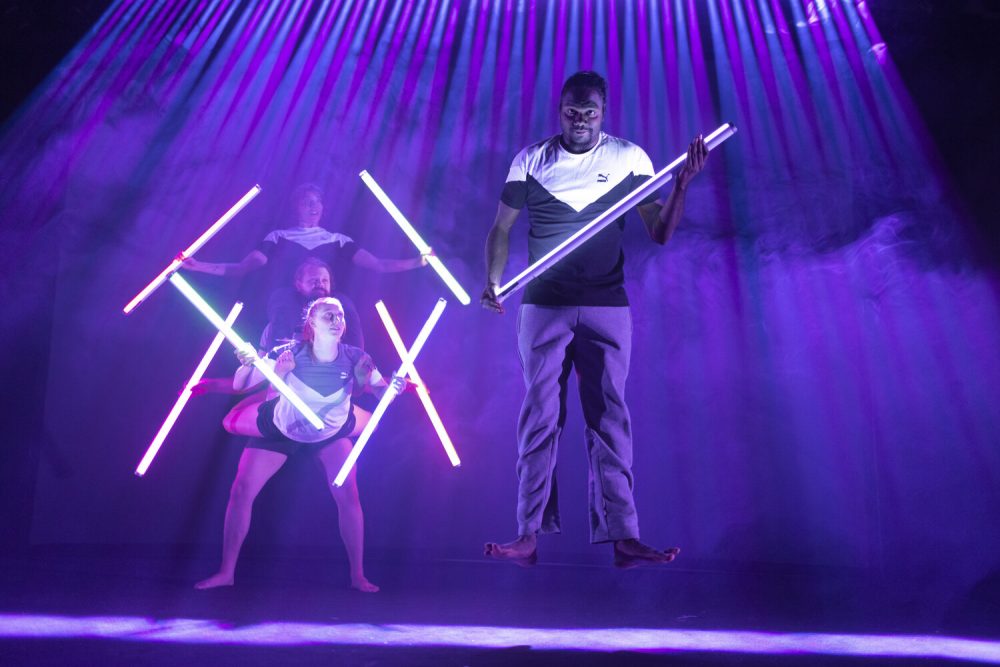 Aimed at those aged four to 12, I Wish… is the perfect, whimsical, uplifting antidote in an uncertain climate – fart sound effects included.

Venue & Dates: The show’s at The Space Theatre in the city from 14-28 August, 2021, then touring Noarlunga, Port Pirie, Whyalla, Renmark, Mt Gambier, Tanunda, and Golden Grove.