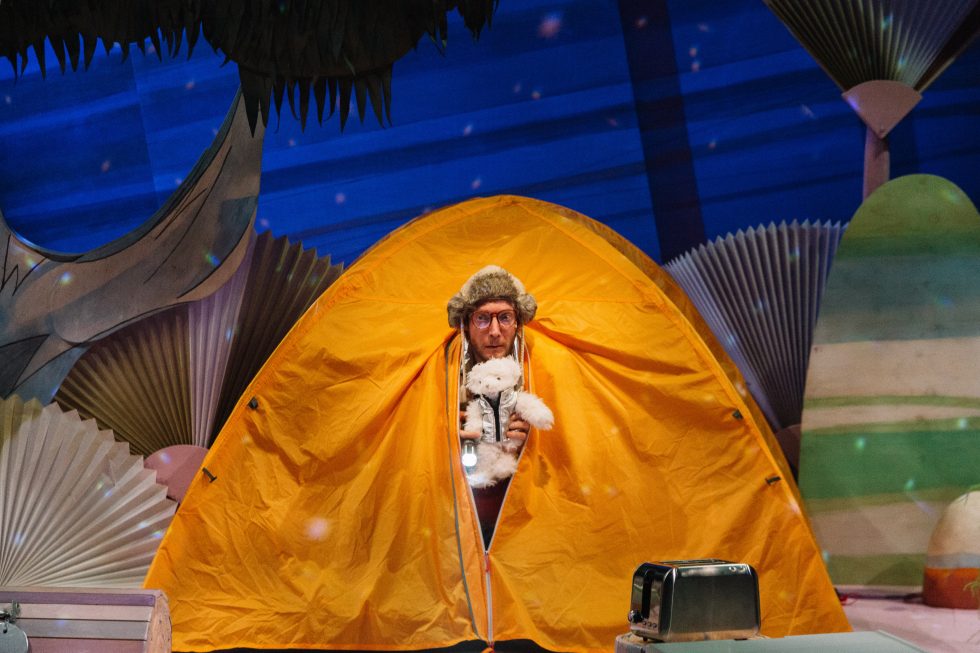 Been a while between kids’ theatre shows for you, thanks to COVID-19 restrictions? This gorgeous, funny show, featuring a hiccupping koala and a magical set, is a fab way to get back into the theatrical swing of things.

It follows protagonist Eddie (played by Adelaide stage favourite Nathan O’Keefe), who heads to the Outback with his teddy bear, Lucky, to escape the city hustle and bustle. (The holiday vibe is timely for those hitting the road these school hols…)

Eddie’s mission? To finally get a good night’s sleep, away from all the city hubbub.

As he dozes off in his tent, though, he’s awoken by a cacophony coming from the trees. Eddie braves stepping out to see what’s going on and discovers a cheeky quokka (with puppetry by Chiara Gabrielli) and an inventive emu (also O’Keefe) lurking around his campsite.

But the ear-shattering noise is coming from elsewhere. The culprit’s a koala (with puppetry by Lachlan Micklethwait) who’s had hiccups for a staggering 267 days. This spurs the group on an epic journey to find a hiccup cure for the poor koala before sunrise.

On the show’s inspiration, writer and co-director Jude Henshall says: “In 2015, I toured to New York with Windmill’s Pinocchio. While I was there, I visited the Jim Henson exhibition at the Museum of the Moving Image. The Muppets have always been a huge inspiration for us, and with Hiccup!, we really hope to bring that subversive technicolour silliness to the stage in our own Australian way.”

The set is a pastel-coloured dream, featuring oversized paper fans for foliage, stripey Easter egg-style rocks, and a big crescent moon. The expert lighting helps to create such whimsical effects as a starry night, shadow play in the tent, and glow-in-the-dark possums hanging from a tree. The costumes also add to the fun, including Eddie’s getup of gym shorts, leg warmers, sandals, and a space age-style silver puffer.

Some adult humour is interspersed with the fart jokes and other kid fun – like when Eddie hikes onto the stage with an oversized backpack, then bleeps the immobiliser of a car offstage. The tunes during the 45-minute extravaganza are also catchy and non-irritating.

The show has a good message, too, about working together and being a good friend. The others don’t desert the koala when he says: “I’m just a big, hiccupy pain in the bum. You’d be better off without me.”

There’s also a lesson about ‘grass is greener syndrome’… While the quokka and emu are lured by the idea of finding more ‘shiny, metallic things’ in the city, the sleep-deprived camper craves the silence of the Outback.

This is one case of the hiccups you’ll actually want to be near! Don’t miss the world-first run of this show.

Please note: In line with current direction from SA Health, this event is sold at 100%, and as a result, all patrons aged 12 and over must wear a face mask for the duration of the performance. If you don’t have a mask to wear, front-of-house staff can provide one. 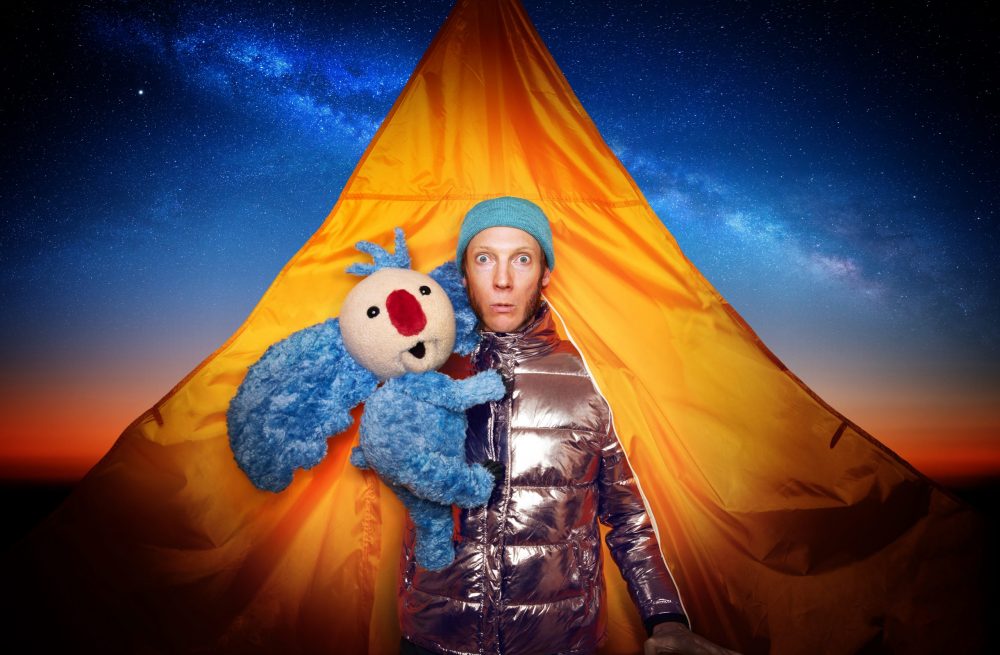