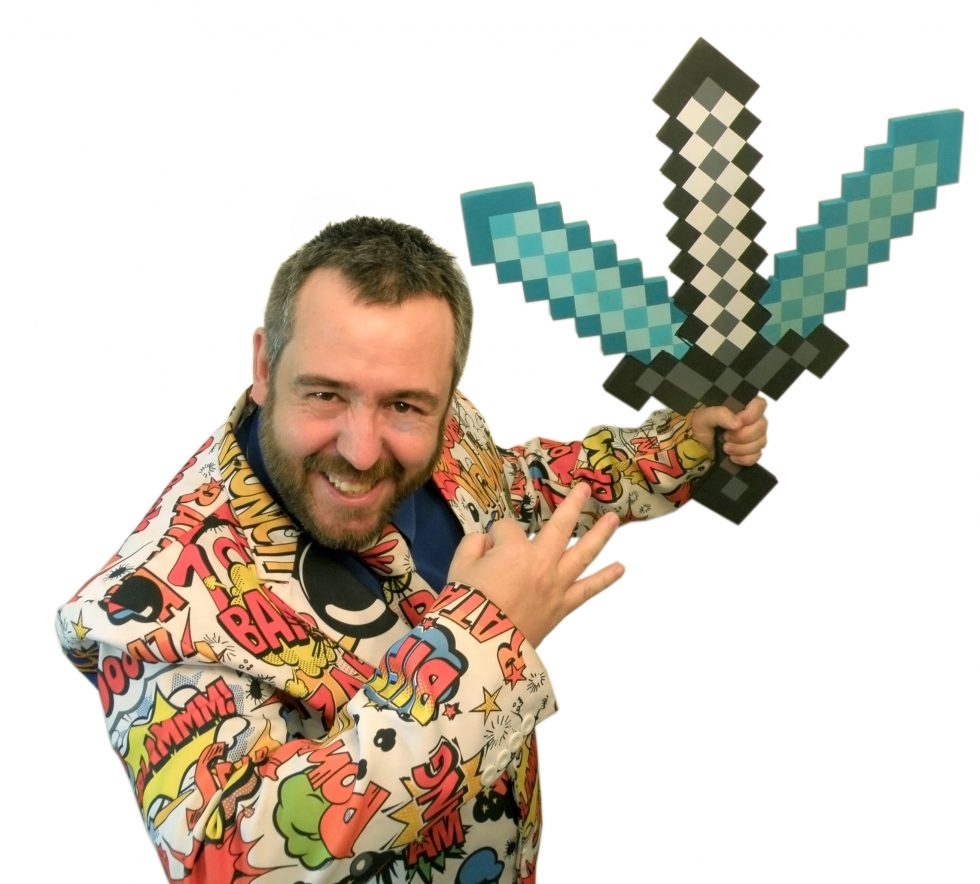 So, when I spied a Minecraft diamond sword on the poster for Game On 3, I knew it’d be right up their street.

As we lined up for the show, we were handed bags, containing small Nerf guns and darts and an Among Us beanie to use during the performance. (For the uninitiated, Among Us is an online multi-player game, surrounding imposters and space, and, well, that’s about all I know. We were also assured that all the gear’s sanitised between shows.) Already, my boys were excited.

The performance kicked off with host – and computer game aficionado – Matty Grey jumping onstage in a bright orange spacesuit. As he told the crowd: “This is a loud show. If I’m too loud for you, you’re too old!”

With the help of his wife, he then took us on a journey to solve a crime, with computer games being played out IRL and involving the audience. This even included games the adults could reminisce about, from the ‘70s table tennis-themed Pong (with the ping pong ball being swapped for a coronavirus fuzz-ball) to Donkey Kong, where attendees helped to bounce inflatable barrels around the crowd while wearing (COVID-friendly) plastic gloves.

Throughout the show, Matty slipped in intriguing gaming tidbits, like that, apparently, more Aussies play Minecraft than go to church – and that the video game played most by mums is Candy Crush. Okay, here’s one more: Nintendo originally started way back in 1889 as a playing cards company.

During an onstage game of Call of Doody (à la Call of Duty), a Super Mario lookalike from the audience had to hold up a toilet while two volunteers tried to ‘net’ poo emoji cushions. As Matt quipped: “It’s not every show that you get to throw poo around.” Indeed.

The kids got to wield the Nerf guns during an onstage reenactment of the ‘80s game, Attack of the Mutant Camels. Though, they were told, strictly, to stay in their seats while taking aim, so as not to break any COVID-19 rules.

I left the performance, vowing to take more interest in what my boys play and to one day soon give Among Us a try.

Sidenote: For those with sensory sensitivities, there are flashing lights and loud noises during the show. 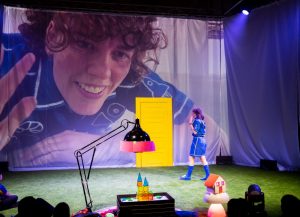 ‘Home’ by Patch and Restless, perfectly encapsulates the world of children’s play

KIDDO reviewer Carla Caruso entered the whimsical, wondrous world of ‘Home’ and had her imagination fired up.