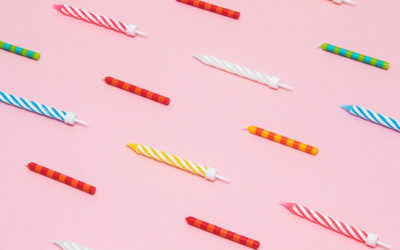 You know those parents who throw a Pinterest-worthy kid’s party?
With arts and crafts, a grazing table, pass-the-parcel with a gift for every child wrapped in each layer, a homemade rainbow cake and a personalised party bag.

I am not one of those parents.

But, determined that my children not be punished for their mother’s party planning deficiencies I have, over the years, dipped my toe in the at-home party genre, with varying degrees of disaster.

One year I decided I would need a big ticket item to distract guests from my hosting shortcomings, like an ice sculpture in the shape of Ana and Elsa. I settled on an inflatable waterslide for the backyard, telling invitees to pack their bathers for a “special surprise”.

The Inflatable Water Slide Delivery Guy rocks up in his truck first thing on the morning of the party, shakes his head and says there’s no way he can fit the thing through our side gate.

Cue the tears. And also from the birthday girl.

So the “special surprise” for our junior party guests was a Slip and Slide dug out of the garage, a garden hose and a bottle of Morning Fresh.

Oh, and a balloon animal guy I have in my contacts. It’s a long story.

The kids loved it.

And the parents had a good chuckle about what happens when Bec tries to entertain at home.

So for the next party on the family calendar I played to my strengths and went off premise for a Build-a-Bear party. Which, as the name suggests, is a party during which invited guests build a bear at considerable expense.

But what could possibly go wrong in such a controlled environment I hear you ask?

I even brought along cupcakes (purchased, not home-baked, of course) so we could stick a candle in one and sing to the birthday girl and the bear that she had built.

I was feeling quite smug about my success until my sister mentioned on departure that she had put out a fire for me. I assumed she meant there had been some sort of quarrel over a bear footy guernsey that she had hosed down.

But no, the sensible one in the family had extinguished an actual fire. In my handbag. Where I had dropped a match that was still burning after lighting five candles. Slow clap for me.

Then there was the sleepover where the middle child declared, after being unable to sleep because her guests were “breathing too loudly”, that she was enduring THE WORST NIGHT OF HER LIFE.

Not to mention the slime party that saw us scraping glittery chunks off soft furnishings for the next six months.

I suspect you’re either born with the party planning gene or you’re not and not even a vintage copy of the Women’s Weekly Children’s Birthday Cake Book can change the course of your destiny. I am in awe of the parents who carry off a successful party at home.

One party for a set of twins springs to mind. We arrived at said party the customary 20 minutes late because I’d stopped on the way to get a present.

I was quick to spot a party activity schedule written on the kitchen whiteboard and when I marvelled at it the mother sheepishly said she should have wiped it off before the guests arrived. Are you kidding me? I replied enviously, this is exactly what I need to employ at my next party.

My Whiteboard of Guaranteed Party Success would contain the following checklist:

Check that entertainment centrepiece of entire party will fit in backyard.
Try not to incinerate party venue.
Never, ever host a sleepover.
Supply wine to distract parents from lack of party-hosting skills.