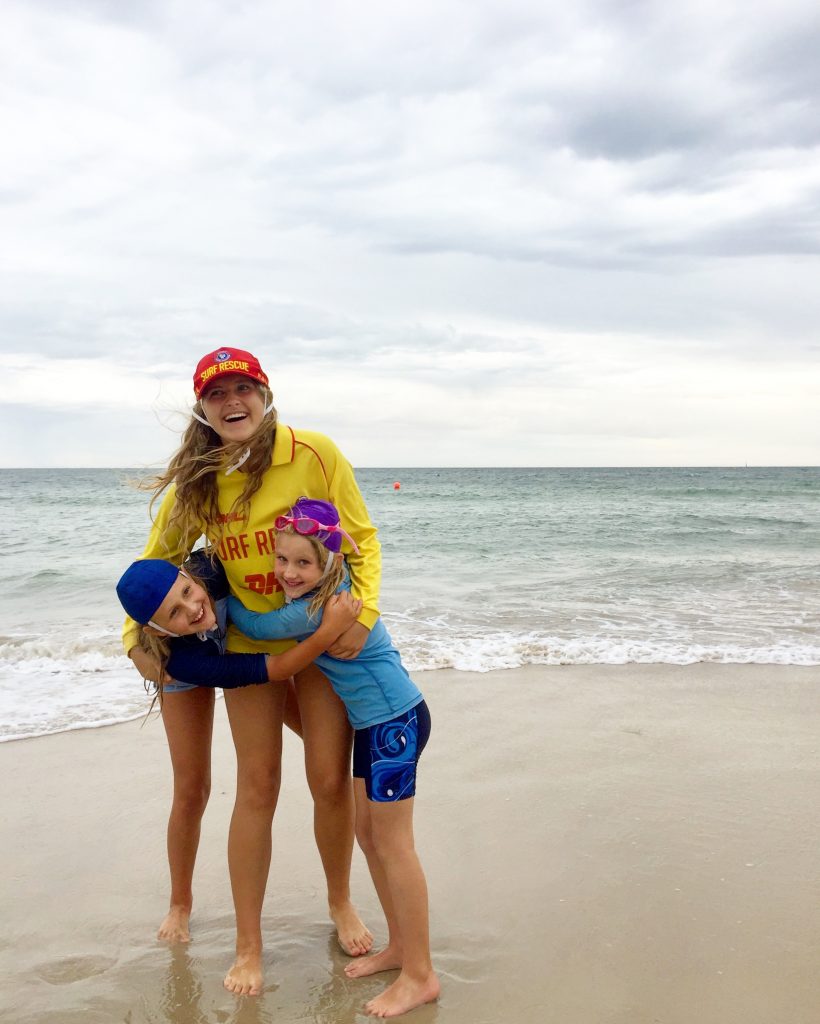 At a recent parent/teacher interview for our teenager, one of her teachers told us she had leadership potential. This was not news to me.

Not because I am one of those parents who blindly believes my children to be naturally superior, but simply because, as the eldest of three girls, Grace has no choice but to be a leader. Leadership had been thrust upon her from a tender age. The braider of her little sisters’ hair, DJ in charge of family playlists, hand-holder across busy roads and fall-back babysitter.

But, it was what the teacher said next that left me slightly taken aback.

He said he was making sure he gave her extra encouragement. To be a leader. Because she’s a GIRL. And girls are often reluctant to take on this role.

I shifted in my already uncomfortable plastic seat.

I wanted to get all up in his grill Oprah-at-the-Golden-Globes style and point out that in my girl-dominated household (at least my husband has a boy dog to hang with) my daughters were crystal clear who run the world, if running the world did indeed turn out to be their career path of choice.

But then I remembered some sobering observations from Lean In, Sheryl Sandberg’s book on women and leadership, and I bit my tongue. She reports that:

“Women only apply for jobs if they think they meet 100% of the criteria, for men that figure is 60%.”

Women are also less likely to actively seek promotions, believing that if they work hard enough, recognition will eventually come their way.

“Were you trying for a boy?” I was asked on an almost daily basis when I announced my third pregnancy after two girls.

At the risk of an overshare, I was trying not to have any more children. (Sorry Frankie, we wouldn’t send you back)

When another pink one emerged in the delivery room the following thoughts went through my mind:

The following thoughts did NOT go through my mind:

This year, for the first time on record, more women than men were appointed to the boards of Australia’s top 200 companies.

The UK has a female leader, as does Germany, and New Zealand’s Prime Minister is going to become a mother soon which will make running a country seem like a big ol’ piece of cake.

Girls can now play, not only netball, but footy and cricket at a professional level in front of big crowds and big television audiences.

Girls can harness a worldwide moment to stop sexual exploitation.

But there is still progress to be made.

Begrudgingly, I accept that Grace’s teacher’s endeavours to identify and promote future female leaders are still required and should be applauded. I only hope that in the not too distant future it won’t be necessary.