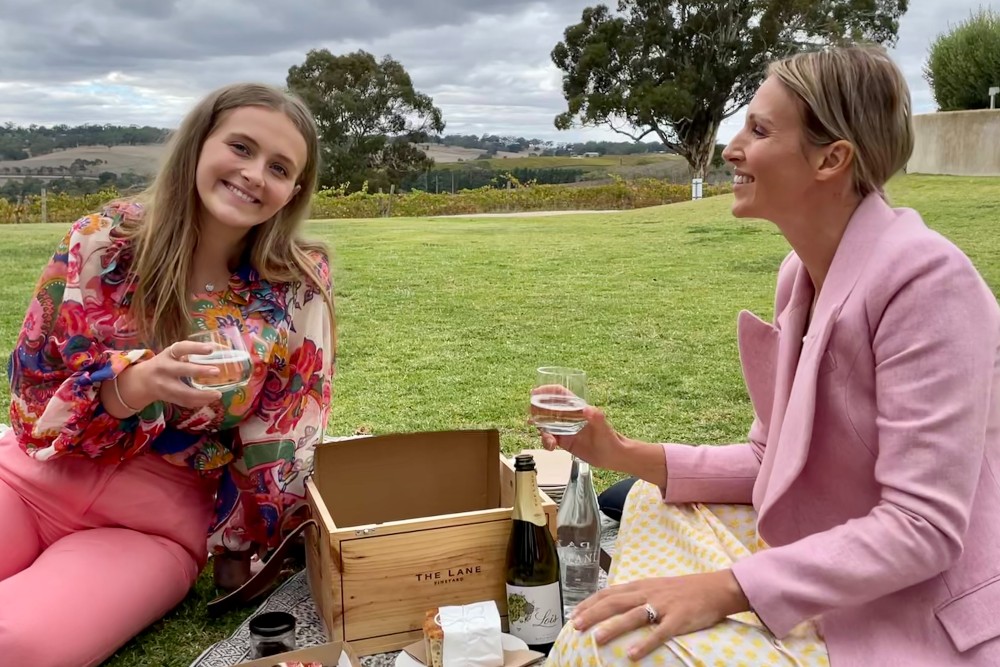 REBECCA MORSE: "I was 25 when I fell pregnant. I had just started a new job with the ABC in Brisbane and was ambitious. Parenthood was not on the horizon for my twenties. In hindsight I should have been as focussed on taking the pill at the same time every day as I was on my career progression, but then we wouldn’t have our Grace!"

A milestone for her primarily of course, but I’m claiming one also. Raising a child into an adult despite the fact I felt like a child myself when she was born.

In preparation for the 18th extravaganza we’ve been persuaded into hosting at home despite the most strident of protests from me, I’ve been going through old albums to make a photo wall thus re-living some memories long buried in the almost two decades which have passed since her arrival.

I was 25 when I fell pregnant. I had just started a new job with the ABC in Brisbane and was ambitious. Parenthood was not on the horizon for my twenties. In hindsight I should have been as focussed on taking the pill at the same time every day as I was on my career progression, but then we wouldn’t have our Grace!

My first meeting with my new boss was to tell her I wished to return to Adelaide. I needed my mother around if I was to be a mother myself.

No matter what your age or maturity your first child is a huge shock.

And 18 years ago there were no Mummy bloggers or parenting Instagram accounts to help manage expectations (in truth maybe that was a good thing, Grace’s nursery was certainly not Pinterest worthy. All primary colours! No neutrals!)

I had a copy of Kaz Cooke’s Up the Duff and What to Expect When You are Expecting and blind, youthful optimism.

I remember that feeling when your baby is lying next to you, wrapped up in that pink and blue striped blanket that hospitals have had since the dawn of time and your eyes meet through the clear plastic of that cot on wheels. Where the hell did you come from and am I really responsible for you?

And of course there’s love, overwhelming love, mixed in with the blind fear and trepidation.

The midwives no doubt questioned my preparedness for parenthood when I squealed and giggled as I attempted to mop up that black, sticky meconium poo.

Not to mention trying to get a Bonds wonder suit on for the first time. Sorry Grace.

I was lucky enough to be able to take a year of maternity leave, but I returned to work full-time. I had no working mum role models to advise me otherwise and so the village kicked in. A combination of childcare and family pitching in. Grace’s great-grandparents even had her one day a week, taking her to feed the ducks and teaching her nursery rhymes.

Grace was the first grandchild and niece on both sides of the family. As a result she led a life of worship for several years until the rest of the fam started breeding.

On one memorable Easter egg hunt she was followed around the garden by a throng of family members, photographing each triumphant discovery. Christmas was the same.

Her bubble burst when her two siblings and a bunch of cousins finally joined her and divided the family’s attention.

I’m proud of how she’s growing up.

She’s mature and much more responsible than I was at her age. She’s a leader at school, studies hard and has a strong sense of social justice.

We can sing the entire Taylor Swift back catalogue together and she tries to teach me the harmonies without success.

Don’t get me wrong, she has some serious teenage ‘tude. Her current trick is to call me babe or girl in a condescending tone when I’m worked up about something, which is a lot of the time. It is not well-received.

In parenting my husband is the good cop and I am the bad cop.

I want her to be humble and grateful for the opportunities she has and never to be entitled. So I am always drumming into her how lucky/spoilt she is. She LOVES it.

The sleepless nights are back.

I’m not waking to breastfeed or soothe night terrors or pick up a dropped toy, I’m waking to check the clock to see if she’s home safely from town yet.

We’ve still got her two sisters to follow, and they’re not even teenagers yet.

Happy 18th Gracie. Thanks for helping me muddle through motherhood.