Osher Günsberg: Back after the Break 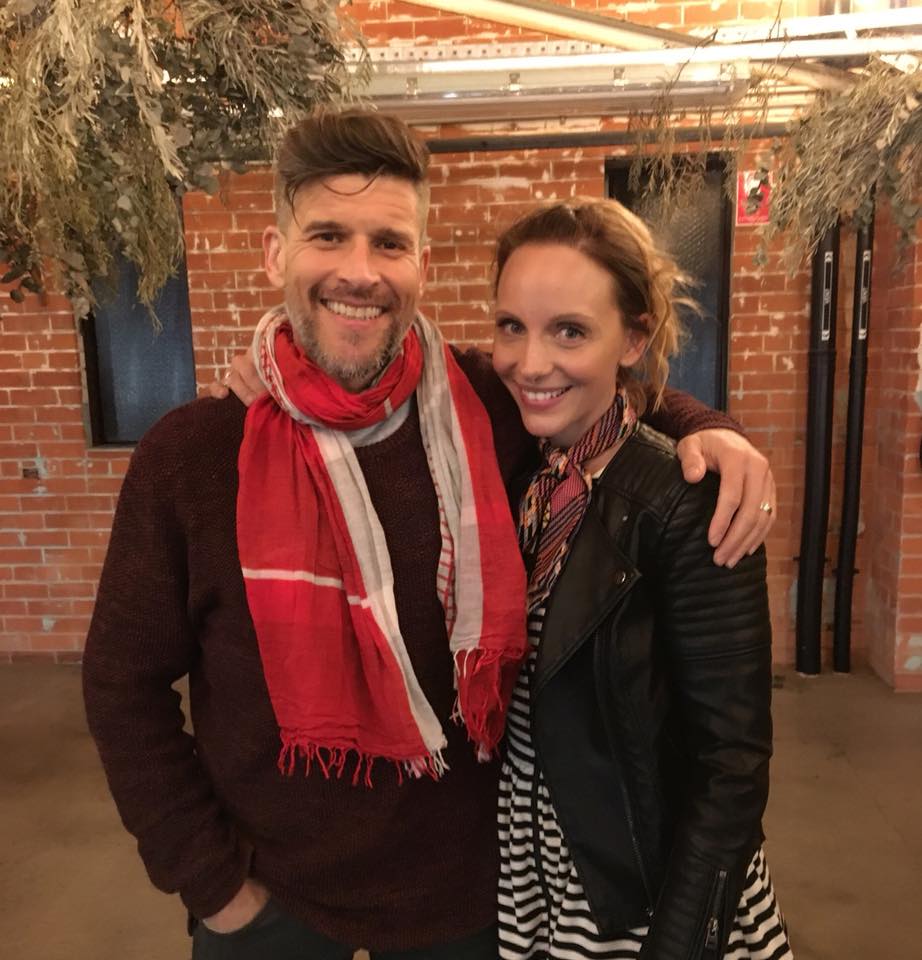 You could be forgiven for having looked at Osher Gunsberg through rose coloured glasses over the last couple of decades. One of Australia’s most loved faces, with a mile-wide grin, gravity defying (occasionally questionable) hair and most recently, the wrangler of the roses for The Bachelor Australia, he’s a guy who, one might assume, had it all. During the height of his career success however, Osher (formerly known as “Andrew G”) was falling apart behind the scenes. Struggling with anxiety, panic attacks, paranoid delusions, weight issues and addiction, things weren’t quite so rosy.

Osher has opened up about his ongoing struggle with mental illness in his raw, disarmingly honest and powerful memoir “Back after the Break”, which delves into the complexities of the human mind, how our thoughts drive our behaviour and how the path to positive mental health is challenging, but absolutely possible.

We chat with Osher about life with mental illness, being a step dad and (pardon the reckless use of stereotypical reality TV jargon) his journey towards recovery and sharing his story.

Can you tell us about the process of writing the book? At what point in your recovery did you decide you were going to write a book about what you’d been through?

I’ve been sober for eight and a half years, and it was during the first few years of sobriety that I first learned the power of hearing someone share their story, and the power that I had to share my own story once I was up to it. I noticed that the more authentically I shared my story, the more powerful it was for others. It really helped me when I heard someone else share their story, profoundly, and I just wanted to be a part of doing that for someone else.

I’ve found that since writing the book I’m having two main points of feedback, one is “oh wow, except for the interviewing Madonna parts, that’s pretty much how it is for me, I thought it was just me”. The other one is “oh my goodness, my wife or husband or daughter or son or dad has talked about this but I never understood it, until I read this book” and I’m so grateful that that’s the effect the book has had upon people because that is precisely the reason that I wrote it.

People all over Instagram are posting images of themselves reading “Back after the Break” which you’ve been reposting in your own Instagram stories. How surreal is that for you, seeing all of these different people, in different parts of Australia or the world, sharing their moments reading your book?

It’s pretty interesting. For me, when I see the book in other people’s hands, it is a profound demonstration that thoughts become things. This is beneficial in positive ways in our lives and negative ways. If you have a brain that has a tendency and a great skill for ruminating anxiety, and you then take action based on those thoughts, that will eventually manifest into things based upon those thoughts. If those things are based mostly in fear, then that’s what you’ll end up with. This can be quite negative for you and the people around you. That’s all we really are as humans, the result of repeated habitual actions that we take in any direction. To see my book in the hands of someone on the beach in Rarotonga, it’s incredible. All I did was write it a word at a time, all I did was edit it a word at a time, and then someone hit go on a printing press and a whole bunch of people got enrolled, and it’s extraordinary. We need to appreciate that as humans we have this super power, that we can manifest thoughts into things, and that’s what sets us aside from other species on this planet. We can either create incredible things that benefit each other, or horrible things that can destroy us, our relationships and each other. I’ve definitely experienced both. I’ve experienced the result of when repetitive thoughts manifest into very negative things and then, seeing someone reading my book in Central Park or Croatia on the beach, well that’s pretty good. So, it’s nice that it can work in the other way.

How have you found the response to the book thus far?

Overall, it’s been extraordinarily positive. I’m very grateful that I’m in a position to do this. I’ve worked for a long time to get to this platform, to have this opportunity now to speak about something that is so important, not just to me, but to everybody.
One in four people in this country lives with complex mental illness. That is not necessarily just the people who are living with it in between their ears, but also the people living around them; husbands, wives, fathers, daughters, employers, employees. It’s so important to share this stuff. The reaction can be intense sometimes. I’ve done quite a number of events for the book now and people talk to me about their experiences with mental illness, and it might be the first time they’ve ever disclosed this information to anyone and you’ve got to respect that. I’m a TV host and a broadcaster and a podcaster, not a psychologist, so all I can do is validate and check to make sure people are ok, and I think I’ve done a pretty good job of that.

In the book you talked about your experiences as a “fat kid”. Do you think that self-conscious feeling ever really leaves you?

It is definitely something that stays with you. Body dysmorphia is a very powerful and strange thing. I was in Weight Watchers when I was 8. Even after being the very first vegan on the cover of Men’s Health and being as ripped as anything on that cover, my wife Audrey will tell you (and she giggles every night when I do it) that I still brush my teeth with my shirt off in front of the mirror to remind myself that this is what my body looks like now. I have to stare at my own body and remind myself that it’s not fat anymore, there’s muscle there now! Every time I take my shirt off I expect to see a fat person. It’s weird but I just have to double check. And thankfully my wife is very vociferous in her support and adoration in my body shape which I’m very grateful for.

There’s a dedication in your book to your step daughter, Georgia. How is being a step parent for you?

It’s extraordinary. One day Georgia was my girlfriend’s kid, and the next day I would do anything for her. I couldn’t have been more grateful. I can be a selfish prick, but to have that focus in my life, where all I want to do is provide for her and Audrey, it’s profound. Anyone that’s had a kid will tell you. I’ve been a parent for four and a half years, so I’ve got four and a half years of parenting experience with a 14-year-old kid. While I missed all the poopy nappy parts, I got there right on hormone o’clock. The clock ticked, the bell rang and boom, I was there. Audrey made a very conscious decision that it would just be her and her daughter, to make Georgia the priority in her life. I felt it was an incredible honour when I was the one after ten years to be allowed in. I take that very seriously. When we got married, I read vows to Georgia as well. It’s so important. And she’s an amazing young woman. She is fantastically driven, taller than me, she’s athletic, super smart, super funny and makes really good decisions. She’s a great kid and I love her to bits.

And finally, in what might be the deepest question you’ve been asked to date… In your opinion, if Spiderman and Batman had a fight who would win?

Welllll, considering that Spiderman was my favourite, I’ve always thought Spiderman was absolutely badass. As great as Batman is, he’s pretty good, Peter Parker is going to win every time. Batman doesn’t have spidey sense. It’s the spidey sense and the crawling on the walls that sets Spiderman apart. Batman could make webslingers if he wanted, cos Peter Parker made them, but the tingley tingley, spidey sense? Batman could be the sneakiest Batman ever but Spiderman could be sitting there having his coffee going “yeah Batman I know you’re here, it’s cool, I won’t be here by the time you come for me, sorry buddy”. So, Peter Parker every time. It’s logic. Can’t argue with that.

Osher Gunsberg: Back after the Break – RRP $32.99
@osher_gunsberg