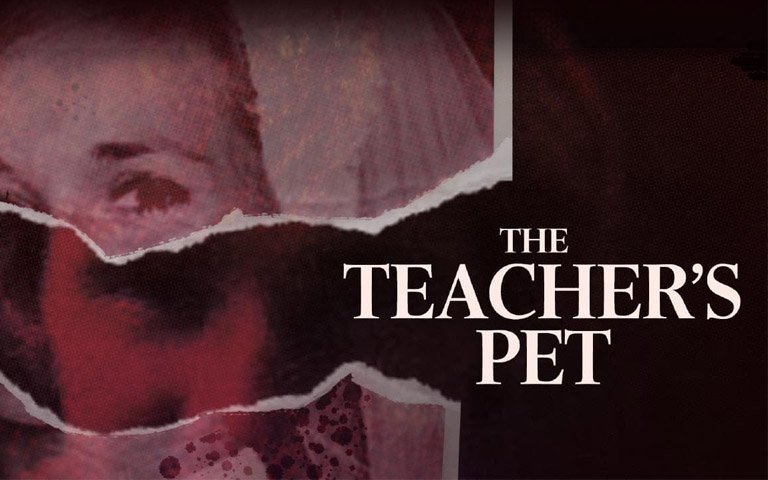 Confession: the only thing I’ve read in the last couple of months is the Kmart catalogue. Not proud. I can feel my brain cells evaporating. You know what they say, reading improves your spelling, vocabulary, grammatical proficiency and the stuff what we need to be learned about in our brain minds… … … IT’S BEGINNNINNNNNG!

Anyyyhoo. What I have been getting into, is going off to sleep listening to true crime podcasts; because what better time to listen to the nitty gritty details of someone getting away with a heinous murder than whilst lying in bed in the total darkness while your husband is on night shift and all you have to protect you is the hairbrush next to your bed and the whiff of an unwashed sports bra? For my first foray into the world of podcasts, I’ve been delving deep into The Teacher’s Pet. This series, produced by The Australian, is focused on the unsolved disappearance of Sydney mother Lyn Dawson, whose teacher husband Chris has been long suspected of murdering her, before moving one of his 16-year-old students, with whom he was having an affair, into their home. I know. Right?? Quite a cracker of a podcast to whet your appetite for true crime analyses, and in particular how such a systematic failure of the justice system can have even occurred.

The Teacher’s Pet podcast available from the App store

Holy binge alert Batman, mama has a new day job. And by day job, I mean… opportunity to watch three years of television in two weeks. So, as is usually the case, I’m atrociously tardy to this party, with google helpfully informing me that Younger has been streaming on Stan since 2013 [at which point I didn’t even know Stan existed!! What is this Stan you speak of; the younger, uglier, more annoying sister of Netflix?]… but on the up side, this means there are now literally five seasons available for me [and YOU] to watch from start to finish, portioned out in binge-worthy bite size 20-minute episodes.

The premise is thus; Liza Miller is a 41-year-old, recently divorced mother of a teenager who she is sending off to college. Having been out of the workplace for almost two decades raising her daughter, when she attempts to follow her own ambitions from college and get a job in publishing, she discovers that the industry is only looking to hire 26-year-old millennials [and here I am staring uncomfortably into my future]. So, with the help of her best friend she gives herself a makeover, buys some ripped jeans and applies for jobs pretending she’s a 20-something recent college graduate. Ultimately the ruse is a success and Liza becomes an assistant at Empirical Press, with the series following her day-to-day juggling being a 41 year old mother, life with a millennial boyfriend, and pulling off the charade as her ‘younger’ workplace alter ego.

You know what I need more of in my life? Five-star hotels. This month I rectified this glaring oversight and treated myself to a little “staycation” in the Adelaide CBD, availing myself of the facilities at the Pullman in Hindmarsh Square. I swam, I steam roomed, I had cocktails at the bar, I stayed up until midnight watching the American Music Awards from the comfort of a plush bed with 174 pillows and crisp white linen sheets that I didn’t have to wash myself! I didn’t use the kettle because I read somewhere once that people use hotel kettles to boil their underwear clean. THE HORROR! Anyway, sometimes a mum just has to take some time out for herself, and I can’t recommend it highly enough! Book it in ladies!