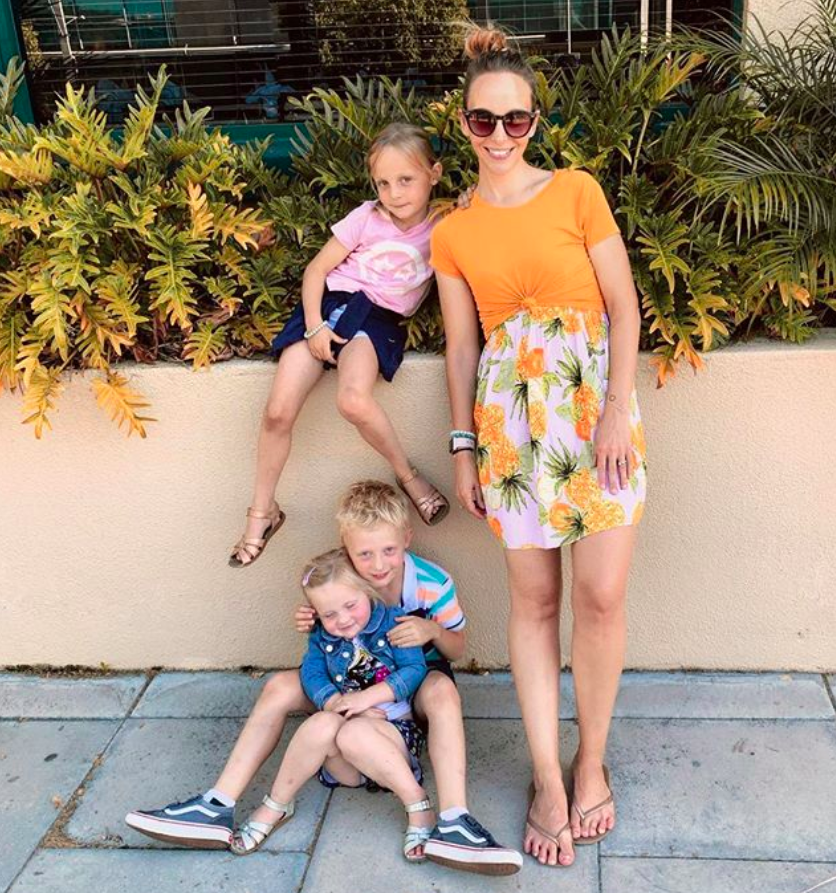 The last couple of months for me have been a bit of a “if you’re not coffee, bacon or Zac Efron, I’m going to need you to go away” situation. If I’ve learnt one thing though, it’s that if you ever see someone crying in public, don’t ask them if it’s because of their haircut. What I can say is that when the chips are down, I read a lot of books and watch a lot of TV. Which is fortuitous really, considering my column is 1/3 about reading and 1/3 about TV, and the last 3rd about finding something that makes it look like I do anything other than read and watch TV. So, this month I had a lot of options to choose from, and these are my top picks, so you know they’re good!

READ: Back After The Break – Osher Gunsberg

If you claim not to have been a little bit obsessed with the frosted tipped, angel of music, Andrew G in 2003 then you’re a liar. Or maybe that was just me. Tomayto tomahto. By the by, you know that a guy doesn’t change his name to OSHER unless he’s been through some sh*t. And thank you for listening to my Ted Talk.

But seriously, if you know Osher as just a broad grinned face underneath a series of questionable hairstyles, calculating complicated
rose related mathematics, trust me there’s a lot more been going on that you don’t know about. In his premier memoir, Osher delves into a brutally honest account of his life trying to navigate ongoing anxiety, depression and substance abuse. He details extensively his years of struggle, where he self-medicated with food, alcohol and drugs whilst dealing with a slew of mental health issues, followed by [spoiler alert] his ultimate recovery and redemption, which he attributes in no small part to his wife, Audrey. It’s not just a chronicle of hitting rock bottom, it’s a story that will give so many struggling with these same issues hope that they can be overcome, and go on to lead to a successful and happy life.

Latest figures show more than 1 in 200 Australians currently have no place to call home, so it seems like a bit of a no brainer to switch on Filthy Rich and Homeless, a show that is shining the light on a part of our society that, for many, goes unseen. The three-episode series: part documentary, part social experiment, profiles five well known Aussies who have the potential to effect positive change, as they swap their privileged lives to learn what life is like for the nations homeless. As they give up their worldly possessions to spend ten nights living rough in Sydney, the show forces them, and subsequently you as the viewer, to challenge pre-conceived notions about what it’s like to live on the streets. It’s an honest and raw exploration of what it might be like to experience severe disadvantage in Australia today, and important viewing if you want even a small glimpse into life for those on the poverty line in our country.

DO: Walk the Chinamans Hut trail

After interviewing super mum and all-round wonder woman Bec Judd recently, and discovering she schedules weekly dates with husband Chris where they specifically choose and are in no way forced to play tennis [!!!], instead of using the child free opportunity to sit in a random restaurant drinking and looking at videos of their kids, I felt inspired. And slightly spiritual. I started asking myself… WWJD; what would [Bec] Judd do? If Bec Judd got the occasional child free Wednesday alone to spend with her husband, she wouldn’t spend it on the couch watching The Bachelor on catch-up eating week old bread and calling it toast while her man tinkered with the lawn mower outside [note: not a euphemism for mummy and daddy’s special cuddles]. No, she would not. She’d get out and DO something ATHLETICISMY [made up word; because I can]. So that’s what my husband and I have been doing too, because now we’re those people.

During this time discovering the great outdoors, and my limited lung capacity, we also discovered that they have decided to refurbish the Mount Lofty track without consulting with me first, and have subsequently rerouted the hike along the lesser known Chinaman’s Hut trail. There’s a reason it’s lesser known. Because it’s where your quadriceps go to die. The hike provides an alternative route to Mt Lofty Summit from Waterfall Gully, and in our experience substantially less Lululemon clad forty-somethings wearing a full face of makeup. It’s longer, and in sections harder, than the usual Mt Lofty summit route, but definitely worth a look. And if you decide to look and then turn back and go to Utopia café at the base of Waterfall Gully and have a coffee instead, I won’t tell anyone. #whathappensatloftystaysatlofty