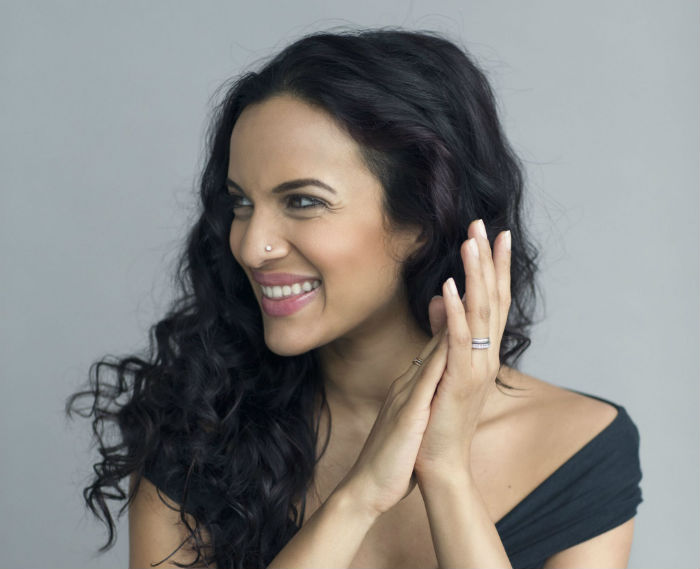 Deeply rooted in the Indian Classical tradition and gifted with her father’s ability with the sitar, Anoushka Shankar returns to WOMADelaide 2018 to share her musical innovation and exploration. With a multitude of accolades including five Grammy nominations, Anoushka is a bold composer. She is also a mother of two boysand an impassioned supporter of women’s rights and social justice, which is reflected in her recent collaborations. We chat to Anoushka to get the scoop on how she juggles being both a mum and famous travelling musician.

So you’ll be gracing the stage of WOMAD this year, how exciting! What are you looking forward to about WOMAD?

Just being back in general. WOMAD is one of the more memorable show experiences that I’ve had and that says a lot. The last time I was there was back in 2010, so it’s been a long time and I’m really looking forward to coming back. I’m playing with some amazing musicians and I have some other friends that are playing the festival.

What is the value of your music and world music festivals like WOMAD to families?

My music at its heart is based on the Indian classical music I was raised with but then it sort of broadens out from there into something you could say is a bit more accessible. You could say it’s a great way for new listeners and young people to be introduced to what could be a new sound for them.

You’ve got two kids yourself? Has motherhood inspired any of the content in your latest album ‘Land of Gold?’

Absolutely, I just had my second son a few months before starting working on the album so it was hugely influential on where I was at emotionally and mentally when I started making the music. I think probably I wrote the whole album in response to the ongoing refugee crisis, but primarily it was the experience of sitting with my own children in a kind of place of safety and watching the experiences of other families, other parents, other children and that was really the thing that broke my heart. Above all I think there is a difference at least for me, a different level of sensitivity and empathy for what that must feel like now that I have children of my own, that I love as much as I do. I can just immediately relate to what that must feel like and therefore I felt really compelled to want to express that musically.

Tell us about inside me, the lyrics are about feeling the life inside of you and you wrote this whilst you were pregnant…

Yes that was a few years ago when I was pregnant with my first boy. So that was my first experience of being pregnant and of feeling a child moving inside. It’s a really amazing experience that I had with both of my kids whilst making music. Hearing the child inside and feeling the child inside kind of responding to the music I was making. So it was a really beautiful experience of being in the recording studio and feeling the baby kick when we were playing the music, so that became, one of the songs that I was writing, about what it feels like to feel a life dancing.

I read that in the past you’ve taken one of your sons Zubin on tour. Do you still tour with your kids? Are they interested in learning from you the way that you learnt from your father?

Now because he’s school age it’s a lot more infrequent, but when he was a baby and I just had one kid and it was a very particular time where I was still booked the way I would have been booked if I hadn’t had a kid, so I just took him on the road with me. And we did an incredible tour with my album ‘Traveller’ where he just was with us. We built a little crib into the back of the tour bus and we did about 90 shows that year. It was iconically amazing for me and it was also exhausting and really stressful. You know, it’s that thing a lot of parents go through where I had no idea what it would be like until I was finally doing it. That pressure to try and do everything and feel like I had to keep going with everything that I said I had said I would do as a musician and then also wanting to be the perfect mother and be present all the time. I kind of did it all but at the end it was a little bit like ahhhh phew okay

Is he interested in learning from you the way that you learnt from your father?

I’m guessing it would be a little hard from them to learn the sitar yet considering it is one of the most complex musical forms? Can you tell us a bit more about the sitar?

What I had was a bit of a musical grounding before I started the instrument so that’s really helpful. So we do a lot of basic singing, understanding of the notes etc. We do that and he studies piano and he has fun on the guitar. But when he’s a little bit older, if he’s genuinely interested then of course I would teach him, but it’s not something I feel like I need to do for the sake of it.

How long would it take one to learn to play the sitar?

Oh god, I’m still learning! Years for sure. It’s a really complex instrument and it’s a intricate intense classical music form so it takes a lot.

Is there anything else you’re going to do whilst you’re here in Adelaide? How long are you here for?

We are there for a couple of days. We get in a day or two before the show and I have a friend coming with me on tour. We will hang out and see other musicians and experience the festival, that’s the best part of it.

Anoushka will perform at WOMAD on Friday March 9 at 7.30pm