Embrace yourselves: Taryn Brumfitt is paving the road to body positivity 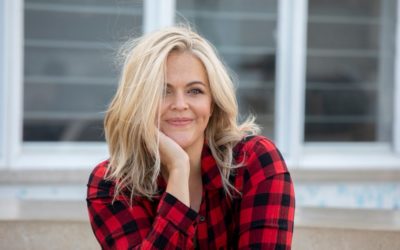 Embrace yourselves: Taryn Brumfitt is paving the road to body positivity

When Adelaide mother of three, Taryn Brumfitt, posted what was a somewhat unconventional before and after photo of herself on her Facebook page, she could never have predicted it was going to reverberate across social media the world over.

In the composite, Taryn showcased what she believed, at one time, had the potential to be her perfect bikini body. On stage in her pinnacle moment of glory, after intensive dieting, training and restriction, confidently competing in a body building competition she was inspired to enter as motivation to help lose the post baby kilos. This image was juxtaposed with her more voluptuous, ‘after’ shot; a happier, fuller and most importantly, more fulfilled version of herself, that she had chosen to embrace, after throwing away the scales in favour of learning to love and accept her body.

Since then, Taryn has continued the body positive conversation she started that night when her image went viral globally, by undertaking an international crusade; rallying against the media, advertising, the weight loss industry and overarching societal ideologies of what a woman’s body “should” look like. What started as an individual wanting to spark a change in thinking, has gone on to become a global Body Image Movement.

Having authored two books and directed and starred in the inspiring and important social change documentary Embrace, Taryn is at the forefront of empowering women and men to make peace with their bodies, and is now setting her sights on helping the most impressionable in our lives, our children, to interrupt the cycle of body hating before it begins.

We chat with Taryn about her body confidence journey, learning to embrace yourself, and what’s next for The Body Image Movement.

When did your journey towards body positivity begin?

The moment I stepped onto the body building stage, arriving in what was my desired bikini body, I just remember thinking “I can’t do this for the rest of my life”. At the pinnacle of embracing what I thought was my perfect body, I just thought “oh gosh no, this is just too hard and takes too much time and sacrifice and energy”. I decided I was going to go out and use my body for pleasure and not punish it, and learn to find joy in food again, rather than just worrying about how many calories something has.

How did you learn to embrace your own body?

It’s really important to know that it won’t happen overnight, you can’t just flick a switch and love your body. But you can, in any given moment, make the choice to learn to embrace. I think the key word here is learn. You really have to educate yourself and spend time unpacking the old stories, educating yourself as to why you hate your body and then seek out information, whether in the form of documentaries, books, websites or people who are positive about their body image, and just head up that road of learning to embrace.

What inspired you to turn this exploration of body image into a documentary?

There are two reasons. The first being the 7000+ emails I received after posting my before and after body transformation image on Facebook. Emails from people all around the world talking about their body satisfaction, very heartbreaking stories. That was certainly the motivation, I knew I had uncovered something we weren’t talking about in 2014, like we are now in 2019. I felt a responsibility to do something with all of those stories.

The second reason was through frustration with media interviews. They’re 4-minute-long TV segments, and because my photograph went so viral, they were really about being a viral sensation as opposed to respecting the subject and depth that sat behind that photograph. I just wanted the subject of body image to be taken more seriously than it was, and the only way to do that was to do it on my own terms and be independent. That’s when I came up with the idea to make the film.

How has the body image movement journey transformed your life personally?

The whole journey from the original photograph, to the books, to the film, has transformed my life in so many ways. I still live in and love Adelaide, so that hasn’t changed. I travel a lot, to various parts of the world to spread this message. The whole journey of learning to love my body has propelled me outside my comfort zone to do things that I never thought possible. I think that truly is the difference between not loving your body and loving your body. There’s such power in finding that confidence, self-love and self-respect. That’s what I want for every woman and mother, to find that magic inside of themselves, because we are capable of so much more than we know, and we are living in a day and age where it’s time that women rise up, stand up and use their voices. It’s really hard to do that when we’re still standing around the water cooler at work talking about our cellulite or the latest diet plans.

What have you come across that has surprised you about body image / confidence issues universally?

I think I was surprised that no matter where I travelled, across different walks of people and cultures, women felt the same. Women across the planet are struggling with their bodies. It might be different nuances in different countries, but there are always challenges. No matter where I went, the stories were still the same, women were hating their bodies.

What do you hope people following the body image movement journey will take away from it?

It’s not the sole purpose of their life to be at war with their body, that’s not what we’re here to do. A few months ago, I was walking through Perth Children’s Hospital and I saw all these sick children and I was looking at them thinking “how dare anyone talk about their cellulite or their stretch marks today” when some of these kids are not even going to make it to our age. It’s such a privilege to grow old.

I also want people to know that we weren’t born hating our bodies, this is a learned behaviour, so we can unlearn it as well. It doesn’t have to be this way. As equally important as that, just hoping or wishing to love your body, is not going to get you there. You have to put in some time and effort, educate yourself. But that process can be fun as well. The more I read, the more stories I immersed myself in, I found myself more and more inspired. Just looking at things from a different perspective was truly life changing.

What is next for you?

I’m currently financing the Embrace Kids documentary. Embrace Kids is the same heart and soul as Embrace, but for 8 – 12 year olds. Embrace the documentary has been seen in hundreds of secondary schools across Australia, but what I’m finding is that by the time kids have seen it, they’re 14 or 15 and they’ve already spent years hating their bodies, it’s really hard to undo it. So, Embrace Kids documentary is about laying the foundations of body positivity before they even know that there’s a one-way street of hating your body like everyone else has gone through.

Does having a daughter of your own magnify the importance of body positive conversations? What are your hopes for the next generation of women?

Having boys and girls I feel equally invested in making sure they all embrace their bodies and are body positive, because boys are suffering a lot as well, sadly. For the next generation of women, I want hating our bodies to be an old conversation, almost like a head-scratcher. I want people to be really perplexed and confused about why the last generation hated their bodies so much. I also want for women to stop diluting their strength and their power by talking about their body in a negative way, because we don’t hear that from our global male leaders, do we? I just want to leave the conversation behind and really focus on what we’re here to do, accomplish and contribute to the world.

Do you want some body positive accounts to follow on social media? Taryn recommends:

Would you like to learn more about how to embrace your body?

You can sign up to take part in Taryn’s four-week online program, Embrace You, and start the journey towards loving the skin that you’re in.
embraceyouonline.com 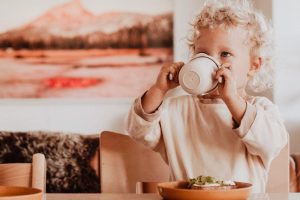 We love a homegrown brand here at KIDDO, and none more than the ones that grow and nourish our little ones. Especially the picky eaters. 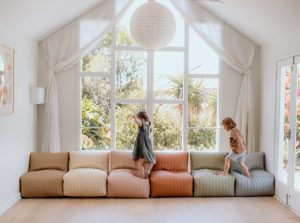