Elf on the Shelf: The Triumph and the torture 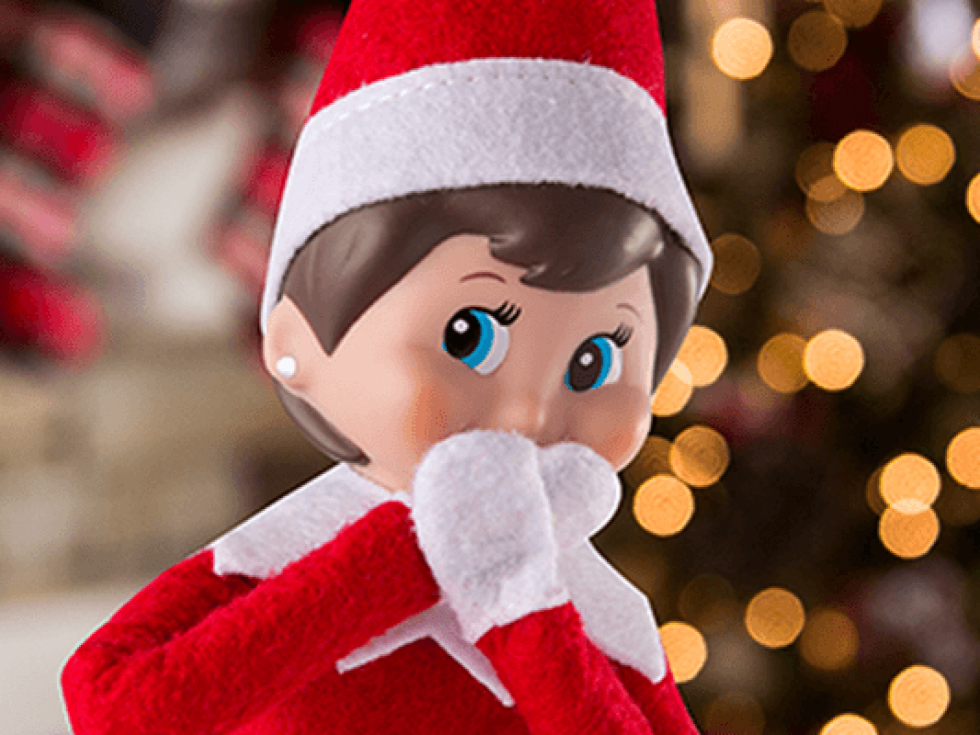 ELF ON THE SHELF: The Triumph and the Torture. "I must have missed the part in the book where it says every place the elf moves to must be meticulously chronicled on social media. Because if your 314 Facebook friends didn’t see your elf’s slow cooker marshmallow bubble bath made out of your own tears, sweat and self loathing, did it really happen?"

Ahh Christmas. A time for joy, peace, love, celebration and the elaborate charade of moving a lifeless, plastic-faced, vacant eyed, omnipresent stuffed elf from place to place in your home every night just after you’ve fallen asleep on the couch at 8pm.

Because nothing keeps the magic of Christmas alive like a little bit of elf theatre performed for your facebook friends children.

I’ll admit when I first saw the elf on the shelf idea I was totally down with it. I’m one of those hapless excitable fools that posts “Only 168 days til Christmas!!!!” memes and listens to Christmas music at the earliest socially acceptable opportunity (although this year was October….too soon?).

In short, this is me, but taller.

So a little bit of creative tom foolery in the aid of exalting in the mirth of the season whilst gently encouraging my kids to do exactly what I tell them to do (NB scaring them into submission with the thrice daily threat of no Christmas presents) is definitely not above me. In fact I’m allllll about that sh*t.

However. Fast forward a few years and I’m kind of feeling a bit fatigué de l’elfe as they say en Français. Every year when Christmas comes around I do find a renewed elfing vigour which usually trickles away on about day 3, as suddenly I realise that the elf, much like allowing glitter wrapping paper to enter your home, is a lifelong commitment of Yuletide torment and servitude.

Initially it was clever(!) and cute(!) and I had convivial, good natured #elfwars with my friends on Instagram (how fun!!), but now that the elf has been coming back year on year since my now eight year olds were two, before my third child (now six) was even born, hiding spots are drying up and I feel like the smug little egomaniacal elf who owns Christmas with his know-it-all smile might kill me in my sleep.

At the very least he is quietly judging me about where I choose to place him each night.

But is it any surprise I have low elf esteem considering the constant heady flow of e[l]ffing overachievers on social media?

Let’s just get one thing straight; it’s called “elf on the shelf” not “elf sitting astride the toilet, cigarette in one hand, intricately designed tooth pick fishing rod with live bait in the other”…Or “elf with his arm casually slung across barbies shoulders as she nonchalantly drives him around in her convertible”… nor is it called “elf making snow angels in a pile of icing sugar that mummy will have to vacuum off the floor later” (although that one has a pretty good ring to it).

I’m pretty certain it was supposed to be easier than this! Move elf from one shelf to the other. As the name suggests.

I also must have missed the part in the book where it says every place the elf moves to must be meticulously chronicled on social media. Because if your 314 Facebook friends didn’t see your elf’s slow cooker marshmallow bubble bath made out of your own tears, sweat and self loathing, did it really happen?

Truth be told, I do secretly admire the elf overachievers, in fact if I wasn’t such a lazy, uncreative mofo, I’d probably be one. That might make me a “fun Mum” though and that’s a reputation I just can’t afford to garner when I’ve told my kids they aren’t allowed to say the word fart. My crowning glory was spending twenty minutes manipulating the damn doll to make it look like it was taking a selfie; because the #elfie hashtag needs to happen.

But even despite my lack of commitment to detailed elf tablescapes, I still keep coming back for more “elf sitting on the handle of a cupboard” night in, night out, because the gleeful high pitched squeals of my three little believers when they find the elf each day is actually kinda infectious, and they definitely need another thing to loudly tell me about at 5 o’clock in the morning when I’m trying to be asleep.

And worst case scenario.. if everything goes to shit, next year we might try out a new tradition…

Shelf on the elf.