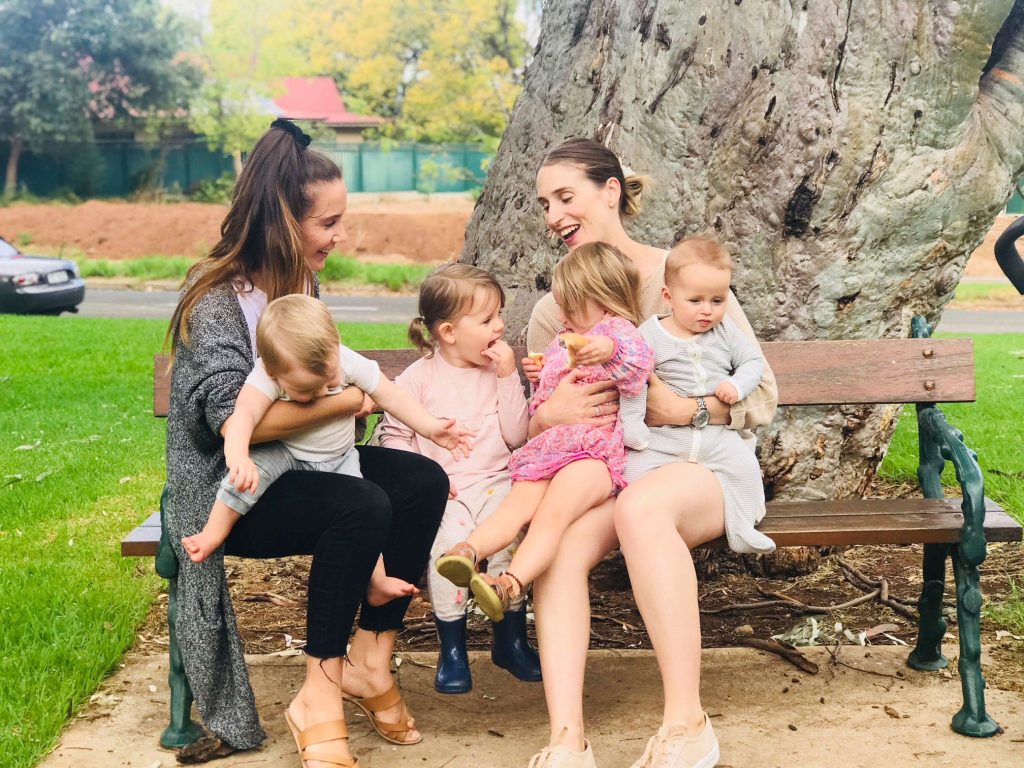 At the risk of sounding like a socially inept weirdo, I have come to the conclusion that making New Mum Friends is a very awkward business. Unless you have been lucky enough to have babies around the very same time as your besties, chances are you may be in the market for some like-minded, new friends with kids similar in age to yours and who hold similar belief systems surrounding coffee consumption, The Kardashians (it’s a no from me) and parenting styles. It’s not to say that your existing friends aren’t important, because they are, so very important. It’s just that you may be on a slightly different journey to them at this point in time and there are gaps that could be filled by finding some New Mum Friends.

A lot of first time Mums, me included, join a Mothers’ Group after the birth of their baby. The trouble with Mothers’ Groups is that the only thing you generally have in common with these women, as lovely as they all are, is that you all just had a baby. Sure, there will often be some extra-curricular group catch ups to start off with, but they usually fizzle out within a few months and everyone has happily gone their separate ways by your babies’ first birthdays. Some Mums I know have been lucky enough to make life-long friends in one of these groups, but they seem to be the rare exception to the rule. If only we could join a Mothers’ Group based on our own interests outside of being Mums, now that would be a New Mum Friend, smorgasbord!

Playgroup, kinder-gym and the playground are all the perfect breeding grounds for auditioning potential New Mum Friends. We politely small talk with lots of different Mums (and Dads) as our kids float around like the social butterflies they are, jumping on the trampoline with this kid and blowing bubbles with that kid. But every now and then, ‘ding, ding,’ you start talking to someone that you seem to have a lot in common with and as an added bonus, your kids get on well too.

There’s that Mum at kinder-gym, with the sweet daughter and the chill vibes. Or that Mum at the park, with two kids under three that says she likes to drink gin and just so happens to live around the corner from you. And then there’s that new Mum at Playgroup, with the slightly dishevelled hair, who’s also just had her second baby and politely laughs at your sleep deprivation-induced mutterings: all excellent candidates for ‘New Mum Friends.’ So why, when it comes to the crunch of ‘let’s swap numbers’ or ‘I’ll find you on Facebook’ do we (I) feel like such self-conscious, over-friendly, creeps?

Personally, if roles were reversed and a like-minded Mum suggested a play date over coffee, I would happily agree to it and not think twice. So I’m not sure why I am hesitant to do the same. Maybe in part, it’s simply because I am out of practice. Prior to having babies, you have such a stable group of friends, some of whom you may have known since early school days, that you’re just so comfortable and not really in the market for ‘new’ ones. But as we know, Motherhood loves to challenge every aspect of our lives and why shouldn’t our social skills be one of them?

So, next time you find yourself in one of these situations, crushing hard on a potential New Mum Friend – just take the leap! Ask for her number! She’s probably thinking the exact same thing as you and doesn’t want to come across as the self-conscious, over-friendly, creep I mentioned earlier. There is no doubt that if you can manage to break through the awkwardness and find yourself a New Mum Friend, it will absolutely be worth it. To be able to laugh and cry and drink lattes together through the wonder weeks and the temper tantrums and the toilet training mishaps, knowing they ‘get it,’ like ‘really get it?’ That New Mum Friend simply becomes, Your Friend. And she will be a friend for life.