Baba-Yaga, in Russian folklore, is a supernatural witch who lives on the edge of a forest. In Windmill Theatre’s new production, she is the riotous, hyper-colour resident of the “Poultry Park Apartments” penthouse.

We open on the bleak 1984-esque reception area of Poultry Park. Bold signs enforce a long list of rules set-out by the very vocal body corporate – “No pets, No loud music….etc”. Stationed at the reception desk is the demure and softly spoken concierge, Vaselina. Her serene surrounds are soon interrupted by the persistent rule-breaking of her newest tenant, Madam B. Yaga. Faced with threats of cats and techno, Vaselina must take charge and investigate to restore the serenity of her surrounds.

What transpires is a thoroughly enjoyable meeting of two unlikely characters. Elizabeth Hay’s Vaselina is innocent and sweet. The audience wills her on as she fronts up to the raucous, madcap Baba-Yaga. Hay is a pleasure to watch and naturally engaging. We follow Vaselina’s journey as she discovers things about herself she never thought possible. Christine Johnston’s Baba Yaga is perfectly eccentric. She is an all dancing, all singing, all recorder playing powerhouse. The two embark on an adventure where anything goes. In Baba’s words (and one of my favourite lines), “Impossible literally says I’m possible”.

Special mention to the physical performances of both Hay and Johnstone. The dance routines (including flossing by both Vaselina and Baba), are perfectly directed & executed for the demographic, resulting in belly laughs from the audience. 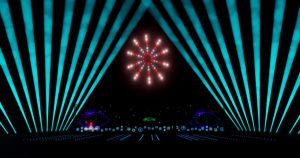