5 reasons parents love Bluey as much as the kids do! 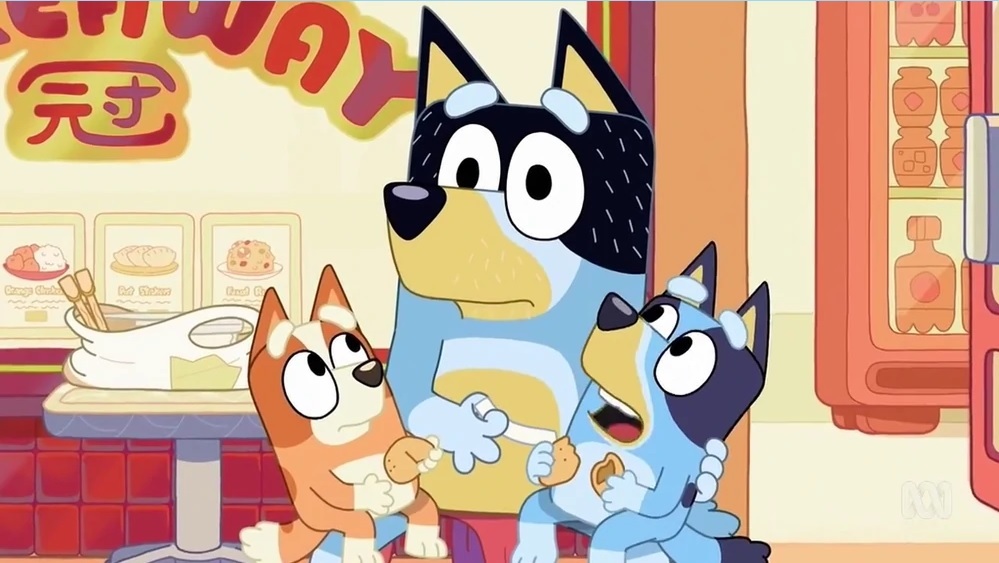 The hallowed space reserved for a kids’ TV show that parents actually enjoyed used to be set aside for the likes of Ben and Holly’s Little Kingdom, but step aside Nanny Plum, it's abundantly clear by now, mid season 2 of Bluey with the love still going strong, that you have been usurped by an inexhaustible little Aussie Blue Heeler and her family, and here’s why.

Parents love Bluey as much as the kids

Usually kids allocated TV time is an opportunity to have a micro sleep on the couch before someone touches someone else’s cushion or a fight over the remote control ensues and everybody starts crying (including me).

But normal rules do not apply when it comes to Bluey.

The hallowed space reserved for a kids’ TV show that parents actually enjoyed used to be set aside for the likes of Ben and Holly’s Little Kingdom, but step aside Nanny Plum, it’s abundantly clear by now, mid season 2 of Bluey with the love still going strong, that you have been usurped by an inexhaustible little Aussie Blue Heeler and her family, and here’s why.

Set in Brissie, Bluey gives a fly on the wall look at quintessential Aussie family life in a way that we can all relate to. Given the fact that my son spent a solid few years with an English accent we blamed optimistically on being Adelaideans, that probably came from his obsession with Thomas the Tank Engine (whoops), hearing the Aussie accent on kids’ TV is a breath of fresh, slightly humid, tropical Queensland air. 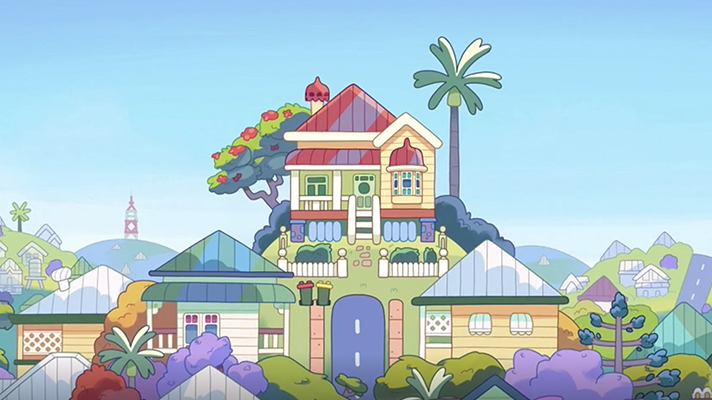 Bluey’s family live in an instantly recognisable suburban Queenslander, and in any given episode we’re offered a soundtrack of Aussie noises that could almost go unnoticed they’re so familiar. Cicadas and Kookaburras. Cockatoos and Crickets. We’re given backyard BBQ’s, jokes about drop bears and quirky story lines involving fruit bats and emus. And then there’s that kid who wipes a booger on the top the slide, and whilst snot is probably universal, it just feels so bloody Australian. Particularly framed in the context of ditching the playground and exploring in the creek bed amongst the Eucalyptus instead.

The Aussie sensibility and sense of humour is alive and thriving in Bluey, and there’s really only one word that springs to mind to describe it;

Finally, a cartoon dad that isn’t a dropkick 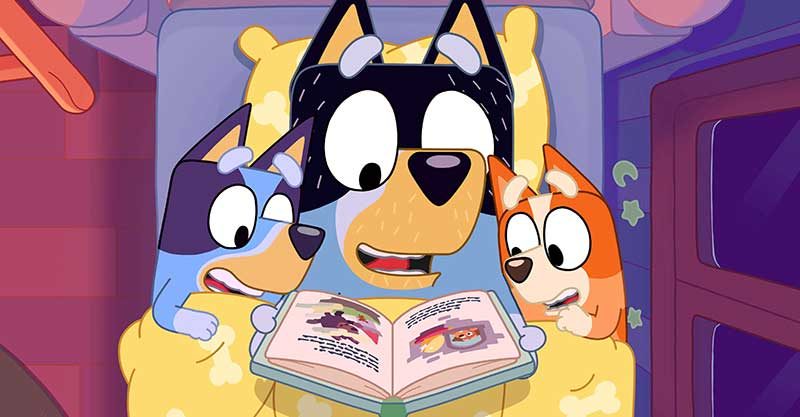 Bluey showcases a modern family with two working parents, Bandit and Chilli, and for once, like so many before him in cartoon precedent (I’m looking at you, Daddy Pig), dad isn’t a dropkick.

Bandit is the father we all wish that we had had as kids, and that so many of us see in our own husbands every day. He’s present, he’s 100% invested in the constant elaborate imaginative role-playing games that Bluey and her little sister Bingo rope him into. He is their hotel guest, he is their boss at work, he is the passenger in their taxi. He takes them on wagon rides, bush walking, plays balloon keepy-uppy. He is constantly helping with the house work; making the bed, hanging the washing, cleaning the toilet.

In short, he’s not a bumbling idiot that stuffs everything up until mum comes along and does it herself. And boy it makes a nice change to see. 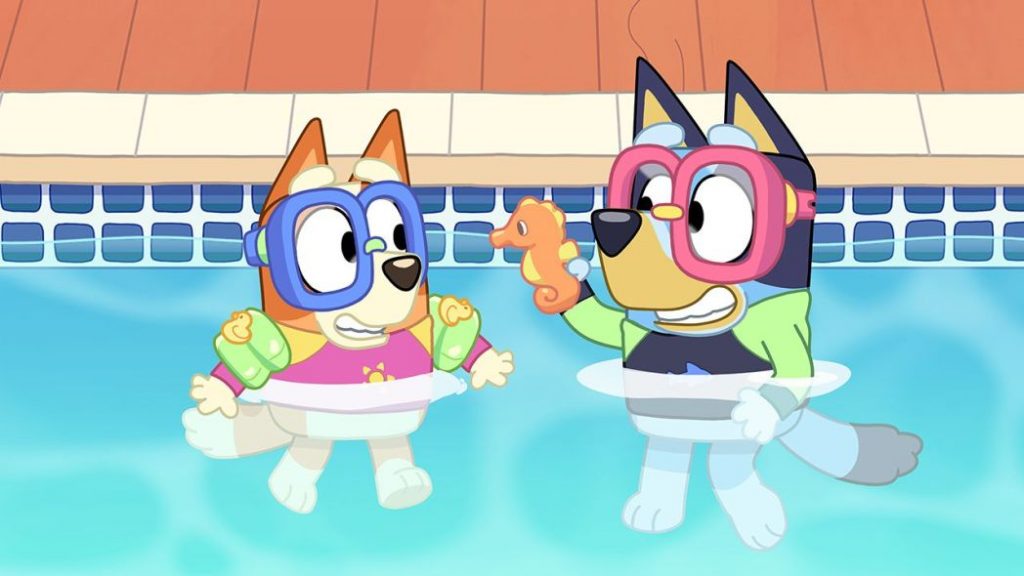 I cannot count the amount of times that as a family we have marvelled over just how often Bluey has typified our common day to day experience.

It might be the whole family learning to Floss or Nana failing epically at Skype so that no one can see anything but up her nostril for the first thirty seconds of the call.

It’s using the length an episode of a kid’s TV show as a marker of time (“that’s two playschools” we often tell our kids when they are nagging us about when we’ll be leaving to go somewhere).

It’s blaming farts we’ve done ourselves on the kids. It’s that moment when Bandit says “is there a game where I can just lie on the bed?”. So.much.that.

It’s our kids talking into the fan because they like how it makes them sound like robots. It’s when they spend fourteen seconds in an elaborately constructed $2 million-dollar playground before proclaiming they’re bored. It’s the kids not being able to wait outside a takeaway store for five minutes without everybody being thirsty and someone needing to do a bush wee.

It’s being afraid of the pool creepy crawly or not being able to swim without goggles.

There’s an entire episode focused on Bluey interrupting her dad while he’s trying to talk to other adults which is low key my whole life. And Bandit, a cartoon dog, came up with a better strategy of dealing with it than I have in EIGHT YEARS OF ACTUAL PARENTING.

The truth is, we could all be submitting script ideas from our daily life experiences with our kids to Bluey and they’d probably turn it into the most real 7 minutes of television viewing that day. 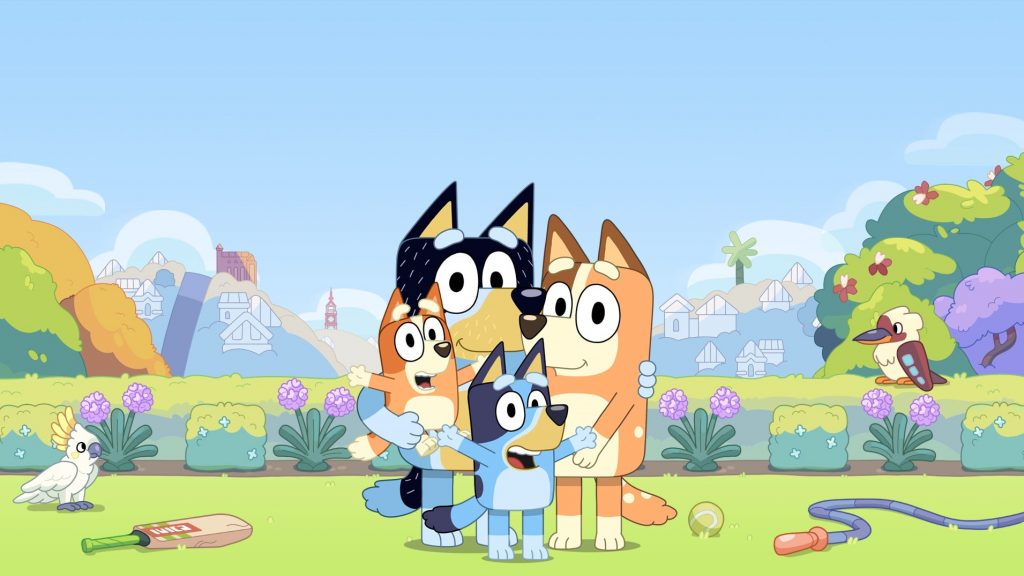 As a parent, one of the things that gets me right in the feels about Bluey, it that there’s always a take away. And I’m not talking spring rolls here.

We see the tender moments between Bandit and Chilli, it’s clear how in love they are when they dance in the garden together, when they kiss in the pool as mum lies on a floaty ring instead of actually getting wet (hello and welcome to my singular definition of ‘swimming’). And the best bit is that Bluey and Bingo see it too, and it is literally making me well up writing about it. It’s how we all hope our kids will see our relationship, instead of ragging on each other about not loading the dishwasher correctly or forgetting to turn off the hallway light.

And I defy ANY parent to get through the episode ‘Sleepytime’ without sobbing into their elbow.

And then there are the underlying life lessons for the kids. That boring things are important too, (like packing frigging sunscreen when you go to the pool!!), that we need to learn to compromise (especially when Bluey is trying to control the whole game of ‘Hotel’ and not letting anyone else have a look in).

Bluey reminds me to take a second and be present in that moment, as a parent to my three beautiful children, and as a wife.

To be connected, fun, involved.

And if I can get that out of a 7-minute kids cartoon on a Monday morning, while we’re running late for school drop off, that’s a bloody good way to start the week. 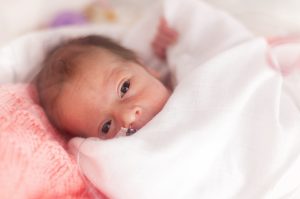 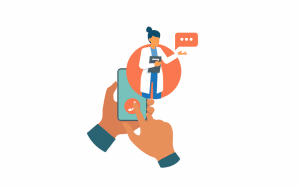 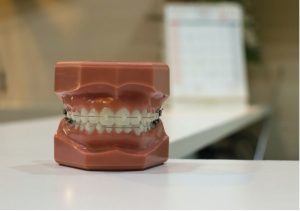 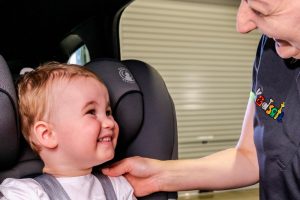