You Have to See this New LEGO Exhibition Coming to Adelaide in January! 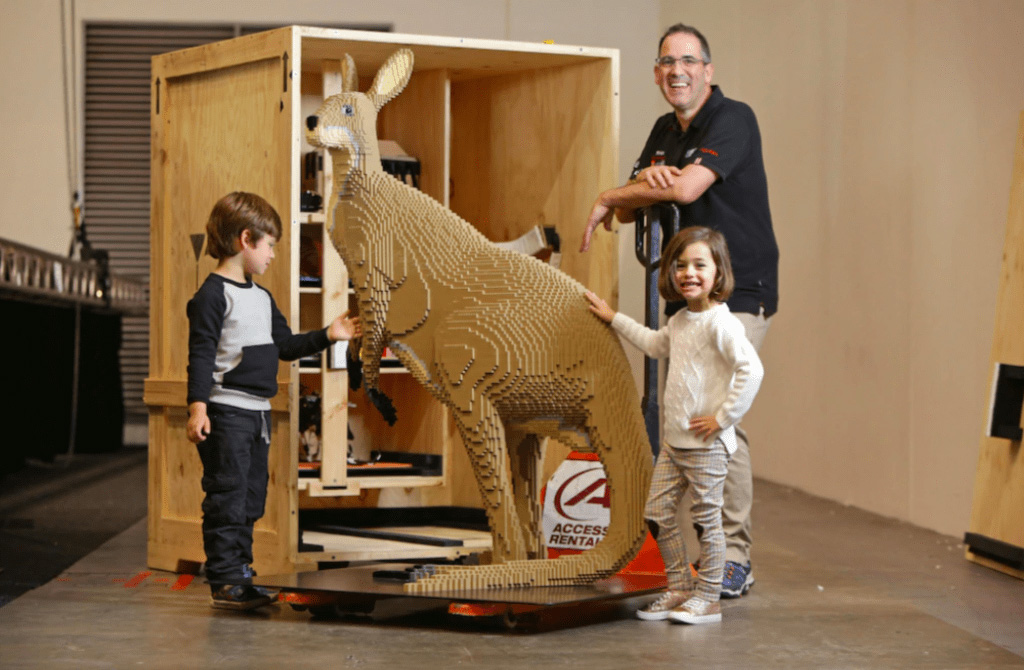 39 Models and Two Million LEGO Bricks are Coming to Adelaide!

South Australian LEGO® fans young and old, prepare to be awed, because Ryan ‘The Brickman’ McNaught is bringing his latest exhibition, Brickman Awesome, to Adelaide this January

Brickman Awesome marks Ryan’s fourth exhibition made entirely from LEGO® bricks. It features 39 models – none of which have ever been seen in Adelaide before – and is made from more than two million LEGO® bricks, taking over 5,000 hours to build.

One of the most ‘awesome’ models in the exhibition is a full-scale LEGO® replica of the new, eighth generation Toyota Camry, which is 616 LEGO® studs long, 230 LEGO® studs wide, and weighs over a tonne! The Toyota Camry will be showcased alongside a number of record-breaking models, including the only life-sized LEGO® Harley Davidson ever made, and the largest ever LEGO® Caterpillar 797 dump truck.

Adding to the awesomeness is the tallest LEGO® model in the Southern Hemisphere – a NASA SLS rocket, standing at a whopping 7.5m tall and built from more than 450,000 bricks! Taking more than 500 hours to build, Ryan has pushed LEGO® building boundaries by installing an in-built lighting and sound system, giving the effect that the rocket is blasting off into space.

Visitors will be forgiven for thinking they have stepped inside a zoo, as they find themselves surrounded by a LEGO® kangaroo, koala, giant orca whale and even a full-sized LEGO® Australian saltwater crocodile, weighing over 60kgs and built using more than 40,000 LEGO® bricks.

Ryan said: “I’m excited to finally be bringing Brickman Awesome to Adelaide. It’s an amazing city and when we brought our previous exhibitions they were incredibly well received – South Australians really do have such huge enthusiasm for LEGO!

“My team and I have had a great time building all these record-breaking models, so I can’t wait to share them with fans and families in Adelaide. January’s theme is quite broad. The models in the exhibition are pretty diverse, so whether you’re an animal lover, a car fanatic, or you have a love of travel, there really is something for everyone – young and old!”

In addition to seeing the models that Ryan and his team have created, LEGO® fanatics will have the opportunity to show off their own building skills at Brickman Awesome. Visitors can help the Brickman team expand its colony of LEGO® Emperor penguins and also build their very own time machines, even putting them on display next to Ryan’s LEGO® models of Doctor Who’s TARDIS and the DeLorean from Back to the Future!

They can also help the team smash yet another LEGO® record by contributing to Australia’s longest LEGO® model – a giant snake. The Brickman team has already built the head and the tail but it needs all budding brickies who visit the exhibition to help build the belly.

“I love to see kids and adults getting stuck in and letting their imaginations run wild with what they can build, and that’s why at Brickman Awesome there’ll be two million LEGO® bricks just for visitors to build with and display their creations. Adelaide – if you’re up for the challenge – show us how AWESOME you are!” added Ryan.