Windmill smashes the glass slipper in the world premiere of Rella 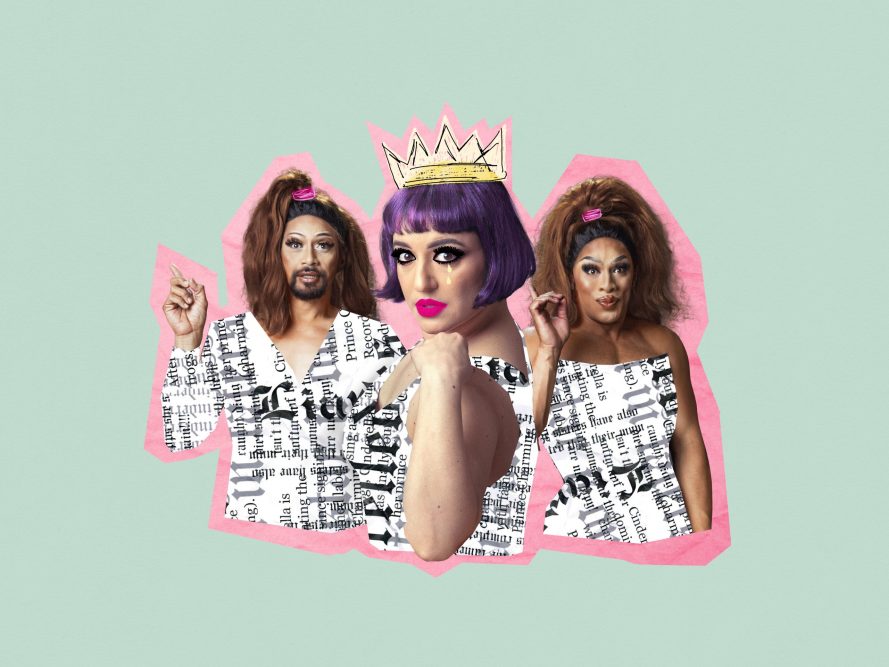 Windmill Theatre Company kicks off its 2022 Adelaide season with the world premiere of Rella, a high-octane musical reimagining of Cinderella that will burst onto the Dunstan Playhouse stage at Adelaide Festival Centre. Co-created by Windmill’s Associate Director Sasha Zahra and lauded performer Fez Faanana (Briefs Factory International) and written by Tracey Rigney (The Warriors), Rella explodes the classic fairytale to create an electric, modern fable about family, finding home and the dark side of fame.

Afa, Sika and Rella take their all-singing, all-dancing sister-act to the ‘Is This Talent?’ TV talent contest. But, after slaying their performance, Rella is offered a solo recording contract with Prince Charming Records, leaving her sisters behind for a shot at stardom. Rella’s departure sets the ‘ugly’ sisters on an epic journey of self-discovery that sees them traverse magical realms to take their rightful place in the spotlight.

“We were interested in the figure of the ugly stepsister,” says co-creator, performer, and co- choreographer Fez Faanana, “and who is considered beautiful in a story like Cinderella. In Rella, we’re rethinking what beauty really is, and having a lot of fun doing it. To make a work for young audiences that showcases Samoan culture, and to do it with Sasha and this incredible team, is really special.”

Sasha and Fez have a creative collaboration that has seen them produce large-scale cabaret, comedy and circus events in South Australia for over a decade. Rella will be their biggest and most ambitious project to date and will see the pair create a narrative work for the very first time.

“Rella is shaping up as a really unique take on the old tale,” says director and co-creator Sasha Zahra. “We’ve assembled a team that features some of Australia’s finest performers; artists who bend gender, ask big questions, bring diverse cultural perspectives and dazzle with virtuosic skill. It’s the perfect group of people to smash the glass slipper and deliver a radical reimagining of such a well-trodden story for our audiences.”

Alongside Fez, who will also be performing in the work, Rella will star dancer and drag artist Thomas Fonua (Australian Dance Theatre, Kween Kong), Helpmann award-winner Elaine Crombie (Wudjang: Not the Past, Top of the Lake) and celebrated cabaret artist and singer, Carla Lippis (The 27 Club, Midnight Marauders), who will also be co-composing the work with South Australian composer and sound designer Duncan Campbell (Westworld, Lost in Space, Last Night in Soho). Rounding out the creative team are designer Meg Wilson (The Photo Box, Amphibian), lighting designer Chris Petridis (Eureka Day, How Not to Make it in America) and video designer Liam Somerville (Capital Waste Pictures).

Artistic Director Rosemary Myers says, “What is really exciting for us is that Rella sees a bunch of talented artists working with our company for the very first time. Bringing in new voices to the Windmill family is refreshing and invigorating for all of us and we’re looking forward to sharing this distinctive, new work with our audiences.”

Running from late May to early June, the world premiere season of Rella will have dedicated performances for schools and general public audiences, with some sessions already at capacity.

“We’ve been pretty blown away by the response to Rella,” says Sasha, “And after the last few years, it feels right to be staging something big and sparkly that the whole family can enjoy.”