We went to Funtopia Prospect and it lives up to the hype! 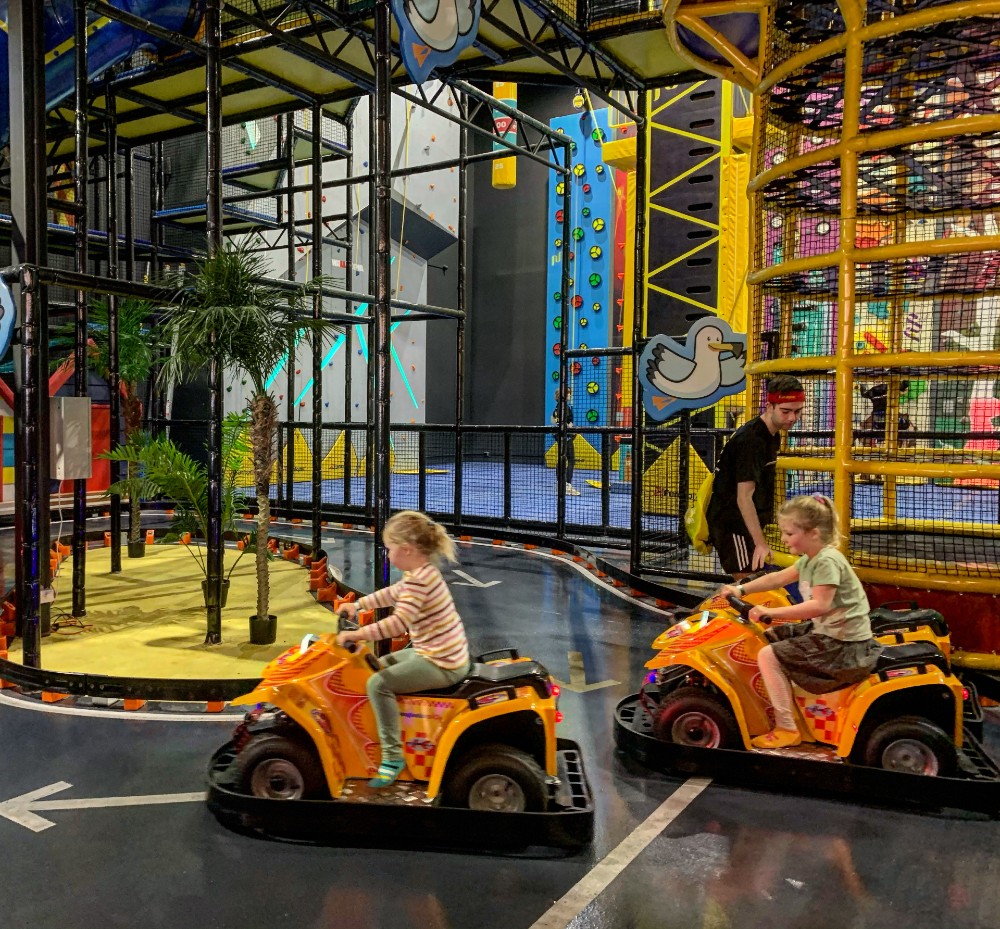 Part of the littlest KIDDO crew had the exciting pleasure of heading to Funtopia Prospect during the July school holidays and let's just say this place is just the most fun filled awesome time imaginable for little people!

The Scoop on Funtopia Prospect

Part of the littlest KIDDO crew had the exciting pleasure of heading to Funtopia Prospect during the July school holidays to join in the fun at a friend’s birthday party. And let me tell you, there’s no better time to be turning 6 now that Funtopia Prospect is here and open for the most fun filled awesome time imaginable for little people!

Given their age and height, our mini party goers spent their two hours powering through Playground World, and it sure as heck didn’t disappoint.

Funtopia’s Playground World offers five levels of fun to explore and is legitimately and officially a boredom free zone.

The colourful indoor adventure playground kept the kids completely joyous and engaged, not to mention sweaty.

Just a tip for beginners; even if you’re going in winter, I’d suggest giving the kids a T-shirt option under jumpers because long sleeves were firmly pushed up and leggings fashioned into shorts very early in the piece, despite the 12 degree day outside. I’m no rookie parent, but I still managed to make this mistake! The kids weren’t walking, they were running from colour blast of adventure to colour blast of adventure, and if pink little cheeks and hair plastered to foreheads are markers of a good time, then they sure were having it.

The speed slides were a firm favourite, and with a mirror maze, a ball shooting gallery and beginning climbing walls, accompanying parents basically didn’t see our kids the entire time (Hooray! – did I say that?), save for the occasional sweaty blur whizzing past yelling “WATCH THIS MUMMY”.

Our little people were just that little bit TOO little to brave the climbing wall, but I can tell you this place is the BUSINESS.

Kiddos can climb the burning building and put out the fires as they go or use the grips on the labyrinth and climb the puzzle. My personal favourite was Jack’s beanstalk just for the sheer storybook of it all, and I know my competitive older kids would have loved racing each other on the speed wall.

For $2 a ride, kids could also jump on the mini dodgems and go for a burn around the track. This gave me a hilariously horrifying glimpse into my future with my lead footed daughter, who thankfully still has a decade before she’ll be able to get a real license. This was great practise and awesome fun, and the first time she’s been able to drive a dodgem without an adult in the passenger seat so she loved it.

And of course… Coffee!

I’m going to call it, Mr Spriggin’s Cafe at Funtopia Prospect served me the best coffee I’ve EVER had at an indoor play centre. And that’s high praise coming from me. The cafe seating area also has large overhead heating installed so you won’t freeze to death while the kids are busy bouncing around in the play area.

If I can have a couple of hours break from entertaining my kids AND have a good coffee, then you’ll have my vote every time!