PEPPA PIG: FESTIVAL OF FUN – Everyone’s Favourite Pig Family Heads to the BIG Screen This May! 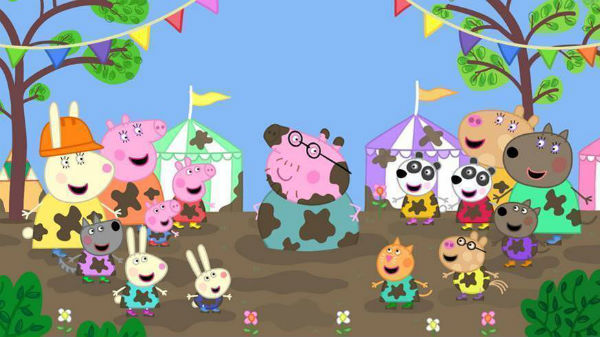 PEPPA PIG: FESTIVAL OF FUN – Everyone’s Favourite Pig Family Heads to the BIG Screen This May!

Join the party from May 2, 2019 when everyones beloved preschool series PEPPA PIG returns to Australian cinemas for an all-new big screen adventure to mark the 15-year anniversary of the nation’s favourite little piggy.

Little piggies can look forward to a whole hour of snorts and giggles with songs to sing along to and dances and movements to join in with; making it the perfect cinema outing for pre-schoolers and all the family to enjoy. Each of the ten brand-new episodes will be connected with never-before-seen interactive entertainment featuring little ones singing and playing along with their favourite onscreen characters.

Get excited for the upcoming festival season with the release of PEPPA PIG: FESTIVAL OF FUN and join Peppa and George in their brand new ‘oink-tastic’ adventures as they dance in the mud at a children’s festival, celebrate Grandpa Pig’s birthday at a restaurant for the first time, and take a trip to the cinema to see Super Potato’s big movie feature.

PEPPA PIG: FESTIVAL OF FUN will be released by Universal Pictures International in cinemas nationally from May 2, 2019.