Today the full GOUD21 program has been announced with tickets on sale NOW... and it's set to be an amazing year at The Garden! 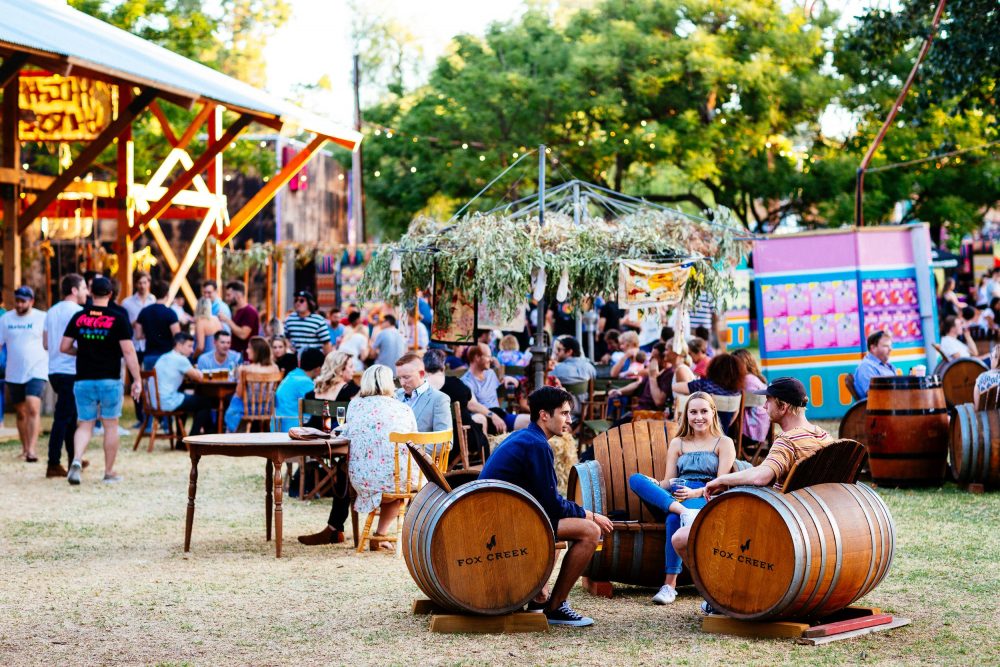 After the December sneak peek of The Garden Unearthly Delights Program, today the full 2021 program has been announced with tickets on sale now, and it’s set to be an amazing year at The Garden! 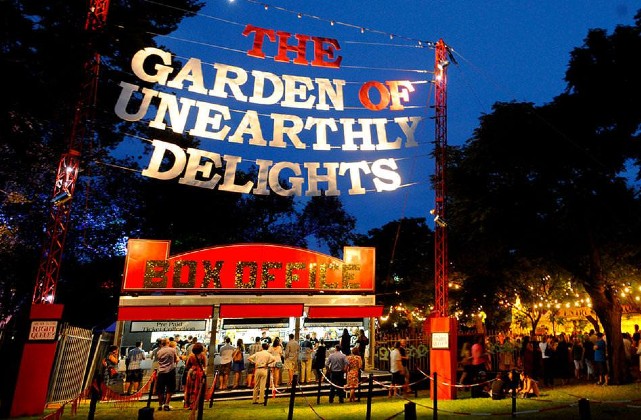 Highlights form the reimagined COVID-safe wonderland include a socially distanced yet fabulously fun drag brunch party, a reclined Hot Dub experience and a comedy gala with a very cheeky nod to a missing SA car race.

It wouldn’t be The Garden without the world’s finest circus and cabaret shows: Club Briefs International’s queen Shivannah and her troupe of boy wonders are back to shock and delight with their free-wheeling, free-spirited cabaret club night.

Smashed – The Brunch Party starting at 10:30am every weekend gives audiences the morning-start they never knew they needed, featuring a smorgasbord of world-class cabaret, fierce drag and jaw-dropping circus performers.

Lano & Woodley back together + Comedy Gala

Season highlight for comedy fans will be Lano & Woodley back together again, Fiona O’Loughlin and Arj Barker’s return to The Garden; plus a special comedy gala event (and a cheeky nod to the missing car race this season), Chicksal 500 brings together a female-power-house line-up in Cal Wilson, Denise Scott, Nikki Britton, and Lizzy Hoo.

Some of the best in Australian comedy are teaming up to present double-header shows. Dave Thornton and Dilruk Jayasinha return to The Garden along with comedy power-couple Anne Edmonds and Lloyd Langford who bring their new show Business with Pleasure.

The Garden will host a diverse range of musical offerings in 2021 including; Nobody’s Business (The Bessie Smith Story) which follows the life of “The Empress Of Blues” Bessie Smith. Sophie Koh’s Book of Songs highlights her diversion from pop into contemporary-classical; the Hot Dub Time Machine gang present the ultimate “chill-experience” with RECLINE. The Garden also welcomes Christine Anu, Katie Noonan and one of the true mavericks of the Australian music industry, Michael Simic AKA Michelangelo whose lustrous voice and songs are not to be missed.

Following the success of its SA premiere season in 2020, 1000 Doors has been reimagined. The new evolution of this stunning immersive experience, Door Within A Door, will haunt and delight the whole family. Also returning are the multi-sensory experiences responsible for racing hearts and sell out shows; SÉANCE, COMA and FLIGHT.

Return of The Garden Sessions

The Garden of Unearthly Delights – The Centrepiece of Adelaide Fringe

For the past 19 years, The Garden has been the centrepiece of Adelaide Fringe and this year will be no different. It will not be bigger than last year but it will be more lush, more spacious, more beautiful and just as full of fabulous shows, great times and fond memories as any other Garden season.

Your Adelaide Fringe Program Guide for 2021