BIRTHDAY FOR BABIES HELD IN REMEMBRANCE OF THOSE LOST TO STILLBIRTH 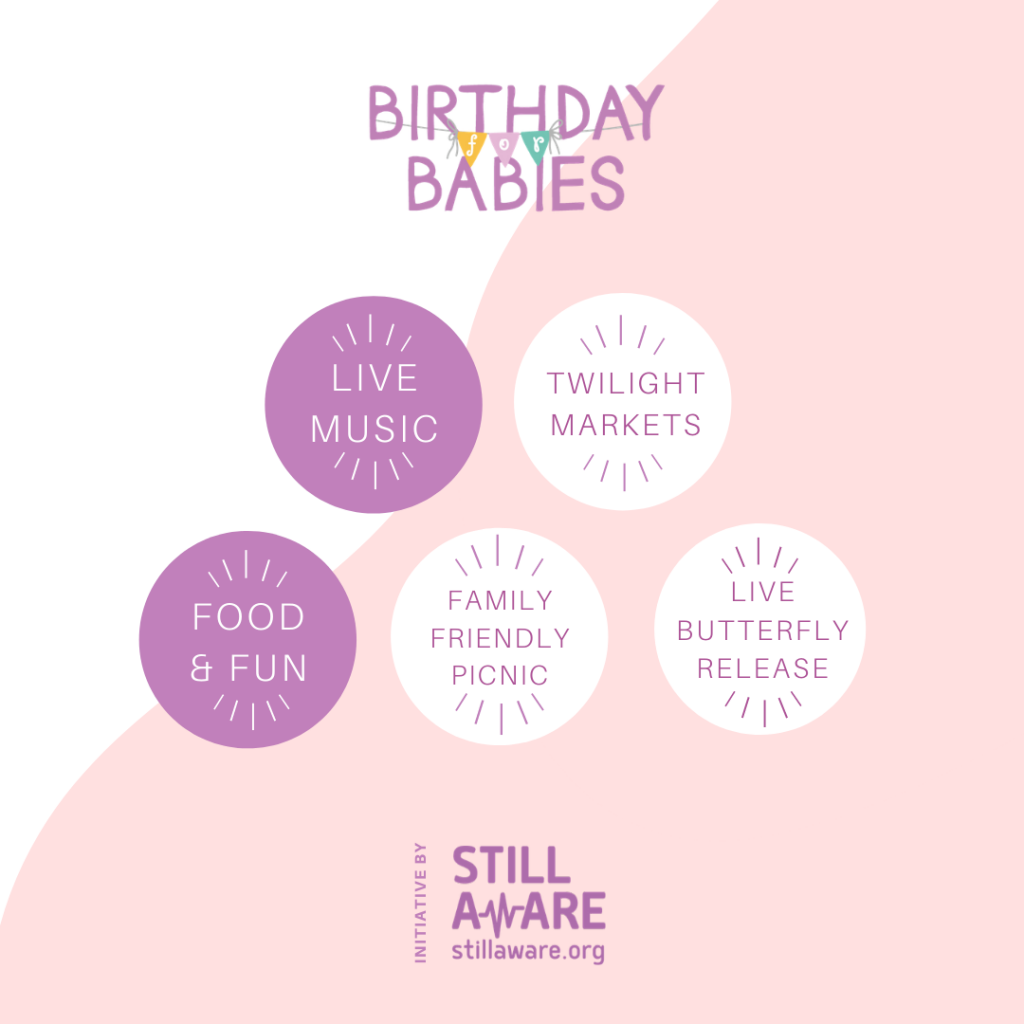 WHAT: Birthday For Babies

Australia’s only charity dedicated to raising awareness of stillbirth is hosting its sixth consecutive remembrance event in Adelaide this February. Still Aware is inviting all members of the community to attend their twilight market and live butterfly release.

Held at Partridge House in Glenelg on Wednesday February 12, the event is an initiative by Still Aware to help support families who have experienced stillbirth. In Australia, 6 babies are stillborn every day.

According to Still Aware Founder and CEO, Claire Foord, the event not only provides an opportunity for parents but also their families and friends who have supported them through one of the most difficult times in their lives.

“When my daughter Alfie would have been celebrating her first birthday, I sought ways to celebrate her life, rather than commemorate her death and found that there wasn’t really anything out there. Birthday for Babies originated because of this, designed to celebrate and honour those babies that can’t be here with us. A birthday party for all in honour and remembrance of our children.” says Foord.

“We wanted to create a birthday feel, with sensitivity, a few market stalls and most importantly a live butterfly release to symbolise their little lives flying over us”, explains Foord. “There is very little celebration when faced with such devastation, the event provides emotional support and safe space for families who have experienced stillbirth – or any infant loss.”

The local community is encouraged to attend the event. Still Aware has continued to expand the event to accommodate the whole community, including a growing market area, a new healing space, food, music and a kid’s zone.

Alex Warren experienced the devastation of delivering her son Alfie stillborn on 11th July 2017. Alex and her husband Scott have been attending the Birthday for Babies event every year since, and they describe the event as a safe and peaceful environment to celebrate their son along with other parents who have experienced loss.

“Now our friends, family and even the wider community are talking about stillbirth and remembering our son, and it means the world to us”, explains Warren. “It shows that despite Alfie’s life being so short, it meant something, and his death had an impact that will last a lifetime.”

“Stillbirth is still birth and these little lives are never little losses. Many stillbirths are preventable, but sadly stillbirth remains the leading cause of infant death in Australia” says Foord.

“So while we will continue to honour those babies no longer with us every February, ultimately our goal every year is to see more of the community rally and show support and celebrate these little lives.”

About Stillbirth in Australia:

• Every day in Australia, 6 babies are stillborn, a statistic that has not changed in 20 years.
• Stillbirth is defined as the death of a baby beyond 20 weeks gestation
• Up to 60% of stillbirths occur at term or in the third trimester [1]
• Did you know? Mothers monitoring their babies movements daily in the third trimester resulted in a 30% reduction in stillbirth in Norway. [2]

• Still Aware is the first internationally recognised not-for-profit charity solely dedicated to ending preventable stillbirth, through awareness and education.
• Still Aware advocates that stillbirth is a national crisis for Australia, with over 2,000 families every year suffering the loss of their baby in traumatising circumstances. Stillbirth is currently the leading cause of infant death in Australia.
• The organisation seeks to challenge behaviours and help change habits to save lives. Through cross platform awareness and education initiatives, Still Aware promotes and provides information backed by research.
• Still Aware offers FREE information for all, including FREE education programs for care providers and expectant families Australia wide.
• Through national education and awareness programs, Still Aware works to encourage clinicians and expectant parents to communicate better during pregnancy. 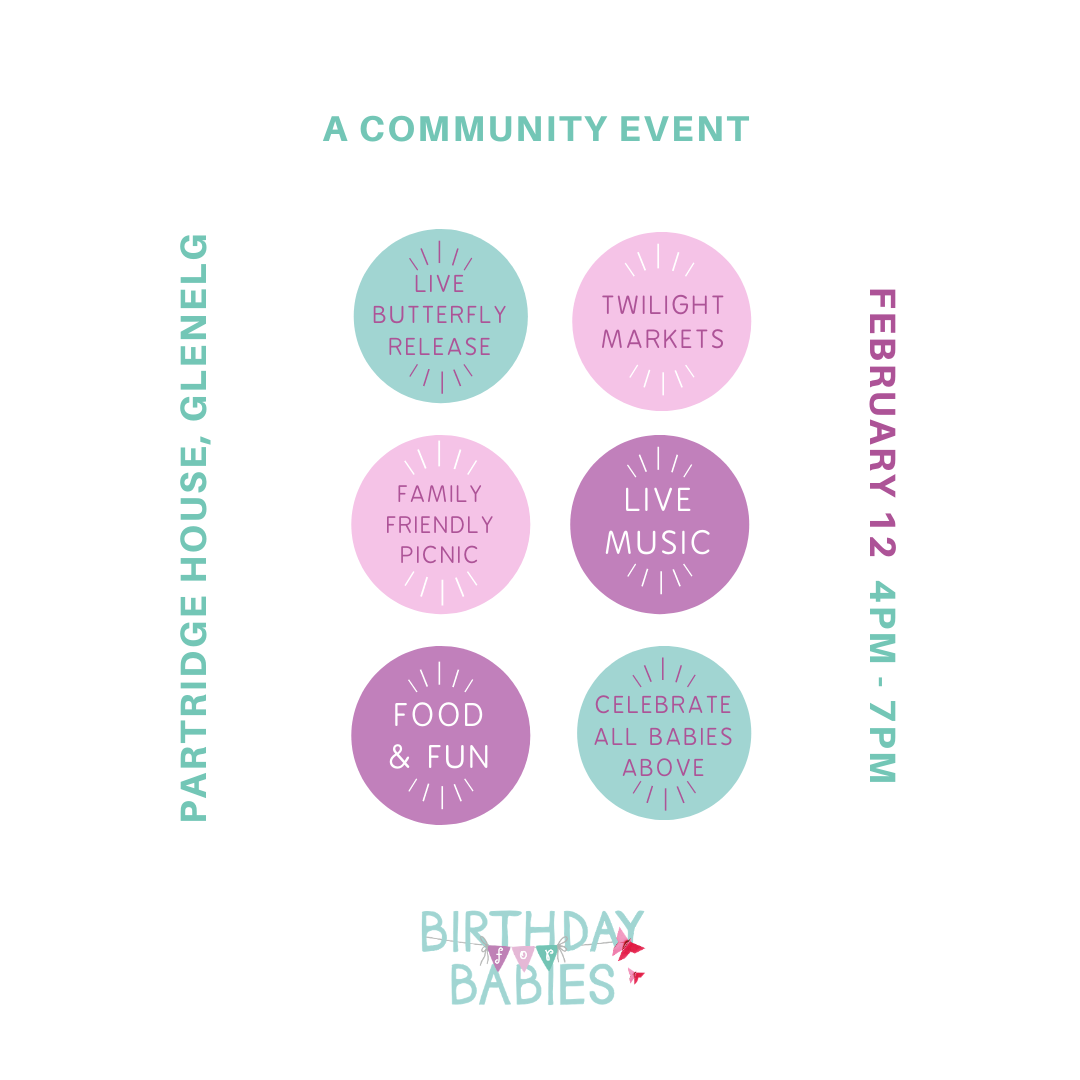 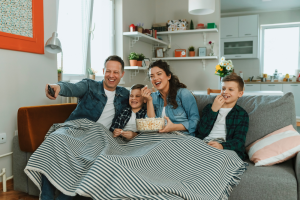 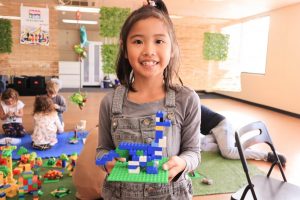