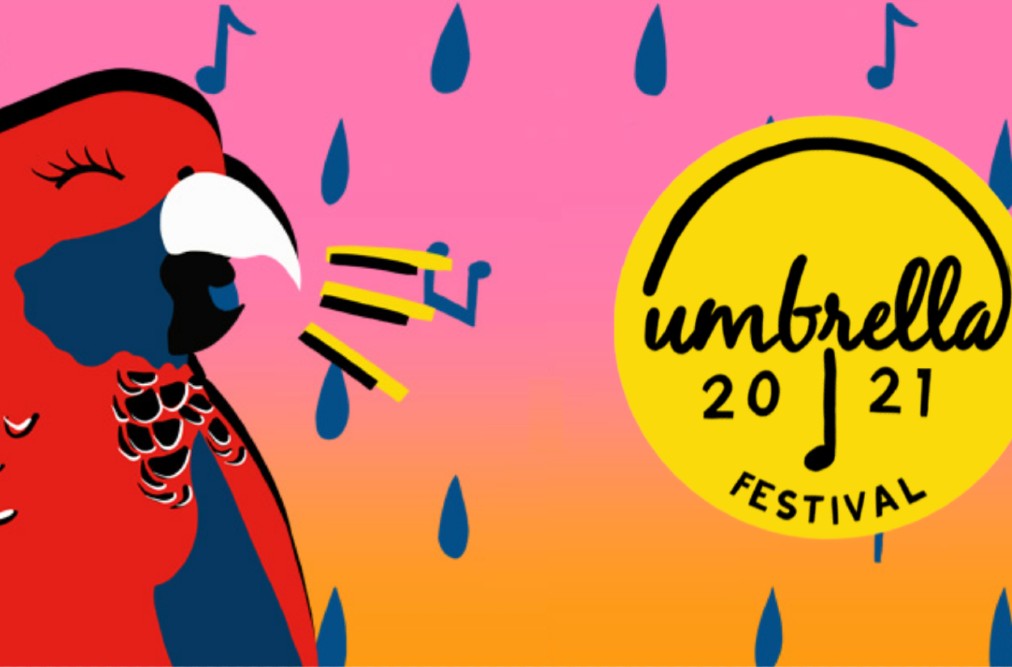 Music SA has announced that after a hiatus in 2020, Umbrella Festival is back in 2021 for its fifth instalment, delivering a live music program of more than 170 events across South Australia this winter from Friday 16 July until Sunday 8 August, complete with family friendly programming!

Music SA has announced that after a hiatus in 2020, Umbrella Festival is back in 2021 for its fifth instalment, delivering a live music program of more than 170 events across South Australia this winter from Friday 16 July until Sunday 8 August, complete with family friendly programming!

The 2021 Umbrella Festival program is packed to the brim with a plethora of open-access and curated performances, treating South Australian audiences to performances from some of the hottest local and national acts in contemporary music. 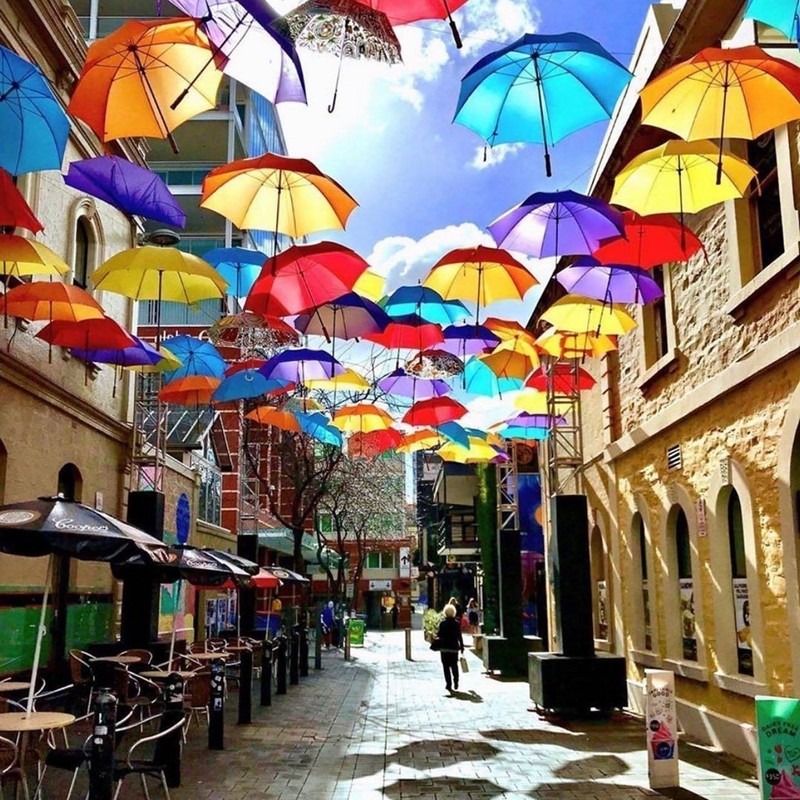 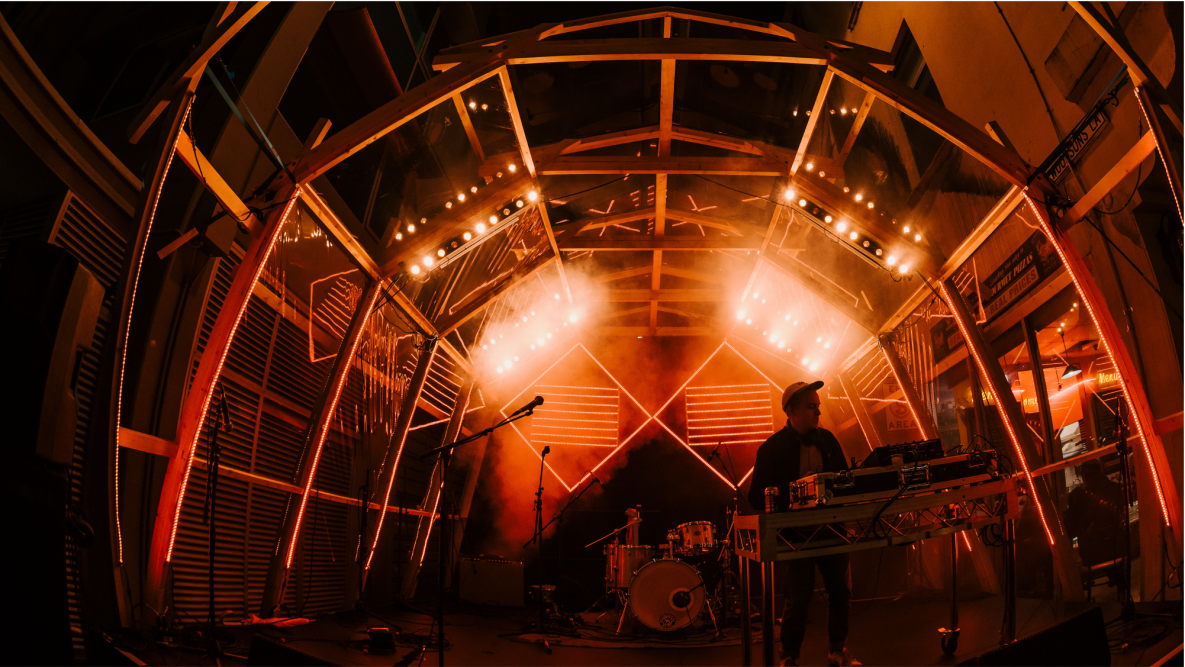 The annual winter celebration of live music features 294 performances across 38 different contemporary music genres in 85 venues across Adelaide’s CBD, metropolitan suburbs and, for the first time thanks to the South Australian Government, South Australia’s regional areas including the Eyre Peninsula, the Barossa, the Adelaide Hills and the Fleurieu Peninsula. With at least a 20 per cent increase on the number of performers partaking in the festival compared to 2019, Umbrella Festival is indeed back with a vengeance in 2021.

Through the support of the City of Adelaide, Umbrella’s return showcases a vibrant program of city-based, curated events, which is kicked off by the Umbrella Official Opening Night in Rymill Park (Mullawirraburka) on Saturday 17 July. The free event boasts a headline performance by Larrakia and Tulampunga Pakana artists MARLON X RULLA after a knockout performance supporting Midnight Oil at WOMADelaide earlier this year.

Not-for-profit DIY contemporary music festival Half Strange is back for its fifth instalment, highlighting female and non-binary performers across three venues. The Bait Fridge Parade is the brainchild of The Bait Fridge and Slowmango, combining chaotic raw music with colour and costumes like you’ve never seen before. 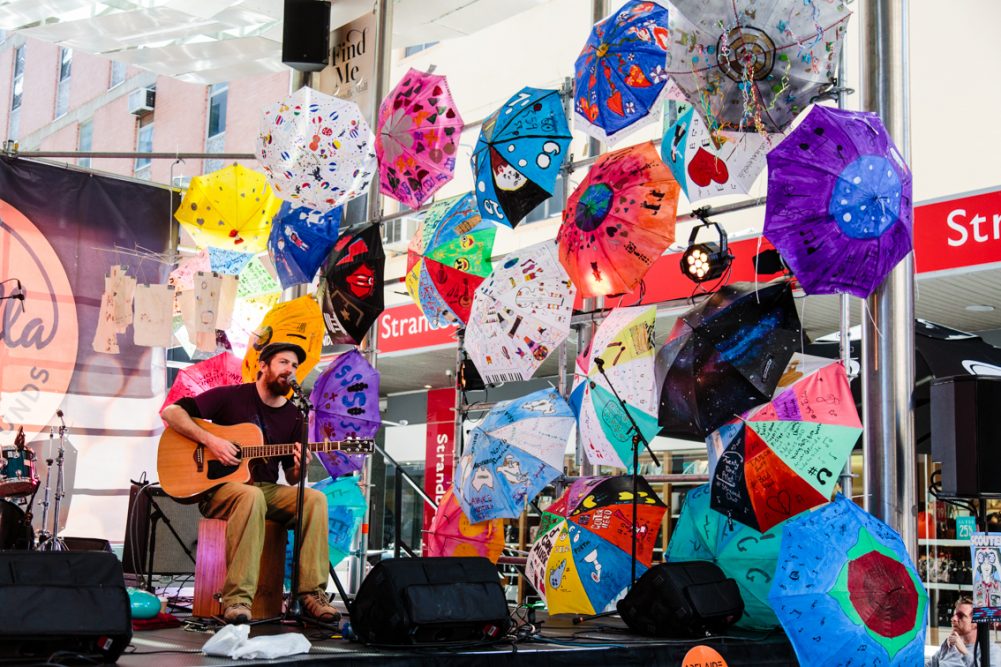 Rundle Mall’s three-day school holiday program Magical Mall Melodies features Humphrey B. Bear and many local favourites who will all write and perform songs in Rundle Mall and about Rundle Mall.

In addition to the 132 registered events within Adelaide’s city and metropolitan areas, Umbrella has launched its inaugural regional program. A whopping 43 events will be held in South Australia’s regions in 2021, with highlights including: El Cubano –  a night of live Cuban music and dancing hosted by Lazaro Numa (over 20 years’ experience and has previously performed at WOMADelaide) in Whyalla, Big Umbrella By the Sea – an event  staged over three nights with performances by acts and local supports in Port Lincoln, and an entirely free First Nations live music stage as a part of Port Lincoln’s Wharfest event hosted by Umeewarra Aboriginal Media Association.