15 classic 90’s movies to revisit with your kids 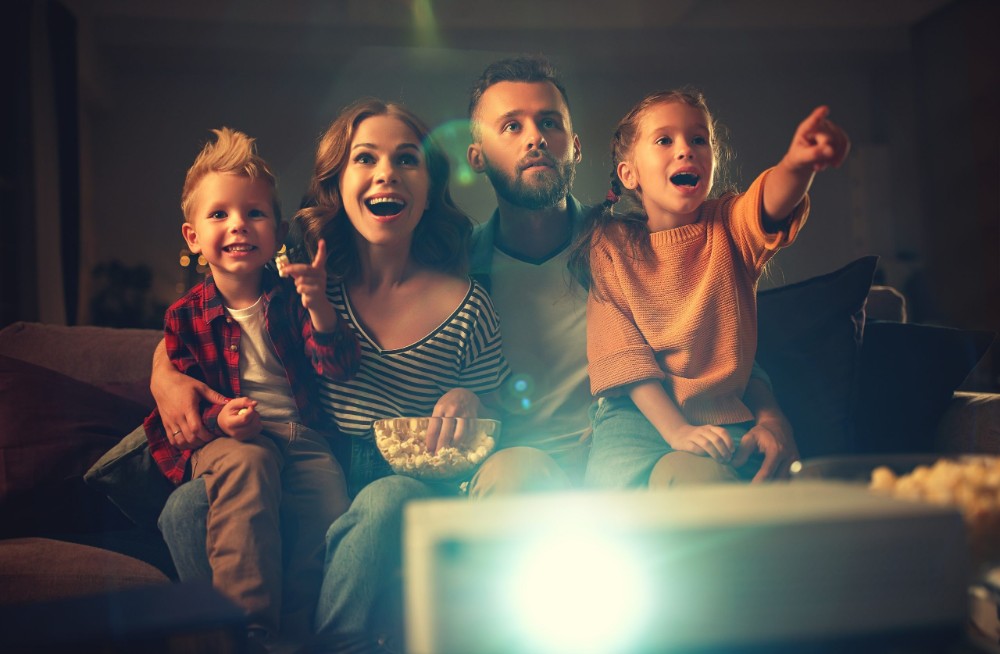 What better time than now (and every weekend for the foreseeable future) to revisit some classic 90's movies with the kids?

Revisit these classic 90’s movies with your kids

Those of us who grew up in the decade of slap bands, happy pants and whiling away our time trying to keep tamagotchis alive know the heartbreak of reaching for the empty VHS cover just to find all the copies behind it already rented out. The kids of today might not relate, but when you’re a parent and you’re holding the remote, let’s just say… you’ve got a captive audience.

What better time than now (and every weekend for the foreseeable future) to revisit some classic 90’s movies with the kids?

I’m talking good old fashioned entertainment that you could rent for $2.95 at Blockbuster and watch every day for a week. So sit back, relax, and give your kids a 90’s schooling! All that’s missing is a lava lamp and a packet of Hubba Bubba grape. 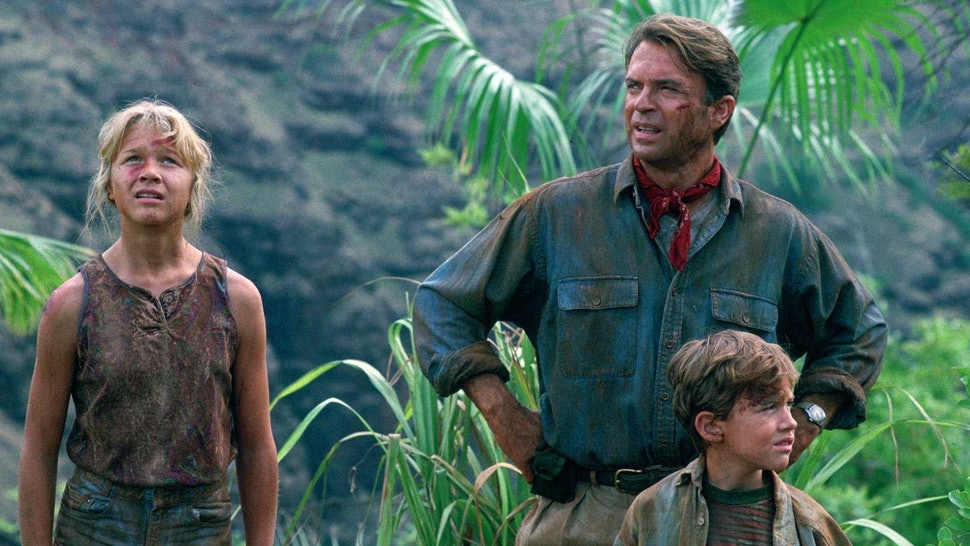 Look I’m not going to say that Jurassic Park is my favourite movie of all time (that’s reserved for Back II the Future and the top spot in my next pop culture throwback list… 15 classic 80’s movies to revisit with your kids… watch this space), but it’s gotta be up there. I mean it’s DINOSAURS! Filmed in Hawaii! Dinosaurs! Hawaii! Does it get any better than that? No it does not. Sure the bit where the severed goats leg lands on the top of the tour jeep might be a little GRAPHIC for the littler kiddos but if you’re anything like me, you’ll have seen this movie approximately 17 thousand times so you’ll know just the right moment to cover their eyes! 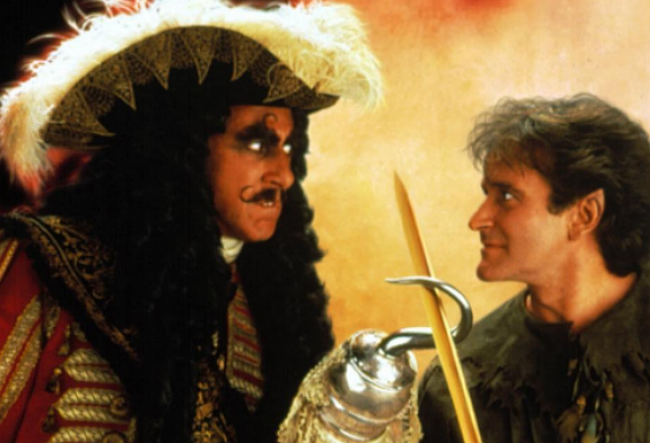 The Indian in the Cupboard

Based on the book of the same name, the story revolves around a boy who receives a cupboard as a gift on his ninth birthday (I mean… what though? Couldn’t find a Supersoaker at Target?). He later discovers that putting toy figures in the cupboard, after locking and unlocking it, brings the toys to life. Basically an early version of Toy Story, and totally awesome! Grab the book and read it with your kiddos first, and follow it up with a movie night! 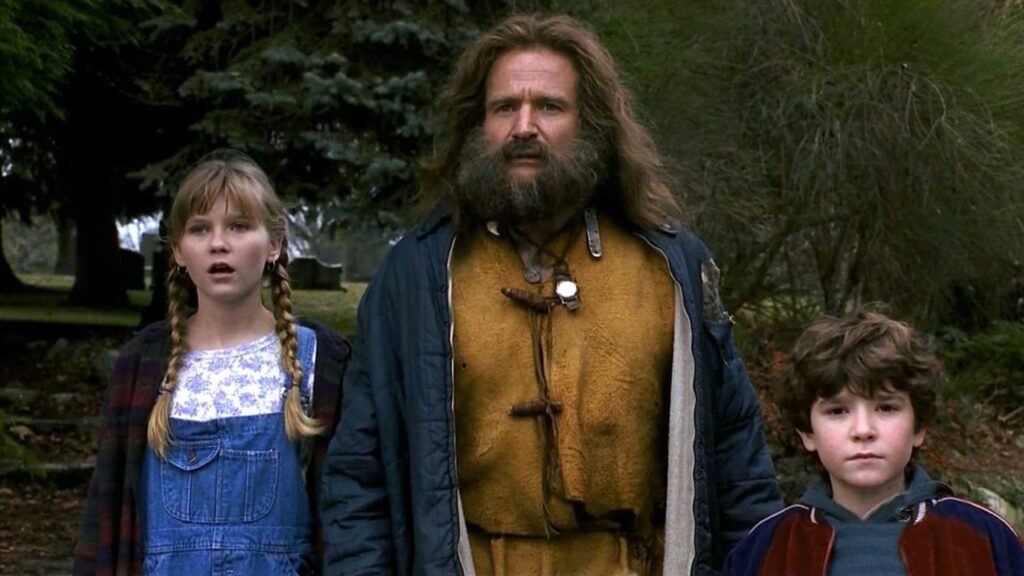 Given the amount of subsequent Jumanji movies we’ve all been sucked into (….geddit?), it’s only fair to take the kids back to where the magic began! Another Robin Williams classic, might be a little much for the very little kiddos, but middle sized kiddos should be a-ok!

I was nuts and QUACKERS about this movie when I was a youngster. A coming of age story about a peewee league hockey team made up of misfits and delinquents, with prevailing themes of perseverance and teamwork, starring a young Emilio Estevez and an even YOUNGER Pacey from Dawson’s Creek. Definitely deserves a revisit. 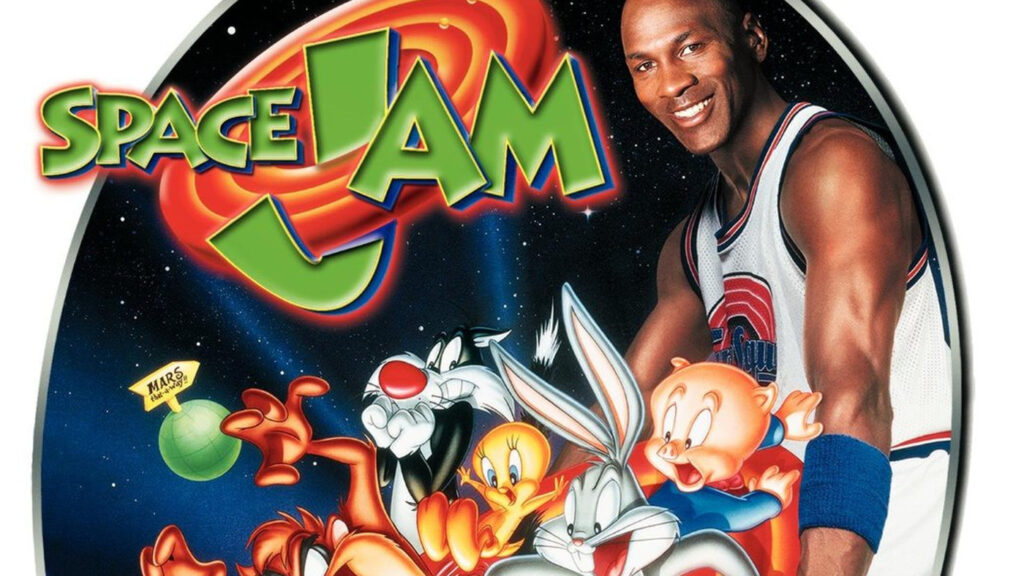 Space Jam is ICONIC! This one is ideal for sports mad kiddos; the cartoon v human basketball games are next level! Space Jam 2 is slated for 2021 release so now is a good time to revisit the original. 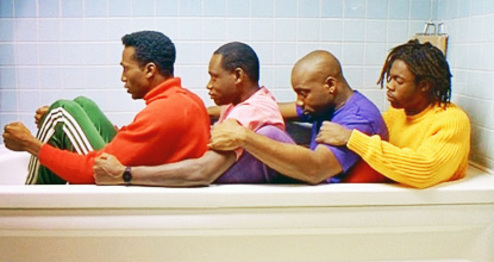 Loosely based on the true story of the Jamaica national bobsleigh team’s debut in competition during the 1988 Winter Olympics in Calgary, Alberta, Canada, this was John Candy’s last movie released in his lifetime. Just good clean overall fun, and a great storyline! 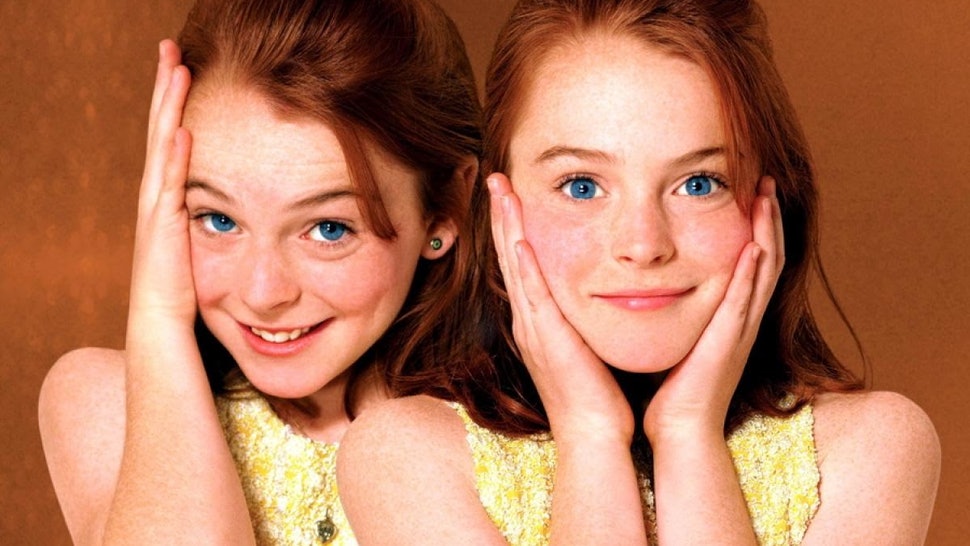 Now we’re really talking! The Parent Trap was my JAM; Lindsay Lohan’s first starring role and without doubt her best work… it all went downhill from there (I said what I said). The remake of the 1961 film of the same name stars Dennis Quaid and Natasha Richardson as a divorced couple who separated shortly after their identical twin daughters’ birth. After separating the twins, each going with one parent (which is borderline traumatic for me now as a twin mum.. not gonna lie), they are fortuitously reunited at summer camp. This movie is the reason I am still convinced to this day I have a missing twin sister out there somewhere, and my twin kiddos LOVE it for obvious reasons! 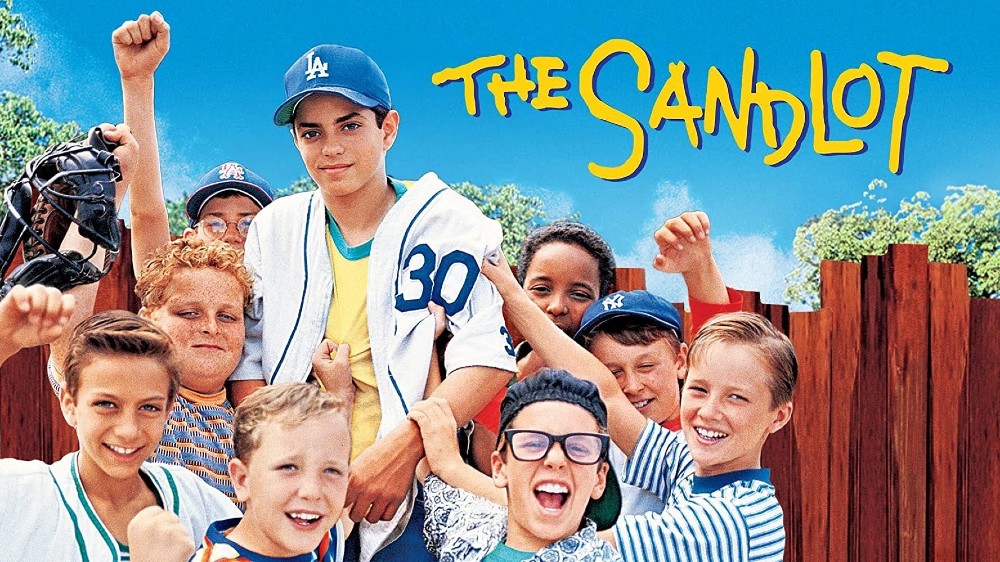 This coming of age comedy about a new kid finding friendship is a sure fire winner with even today’s kids. There may not be Minecraft or a Nintendo Switch or flossing on TikTok involved… but there sure are mishaps and adventures aplenty to entertain the kiddos. 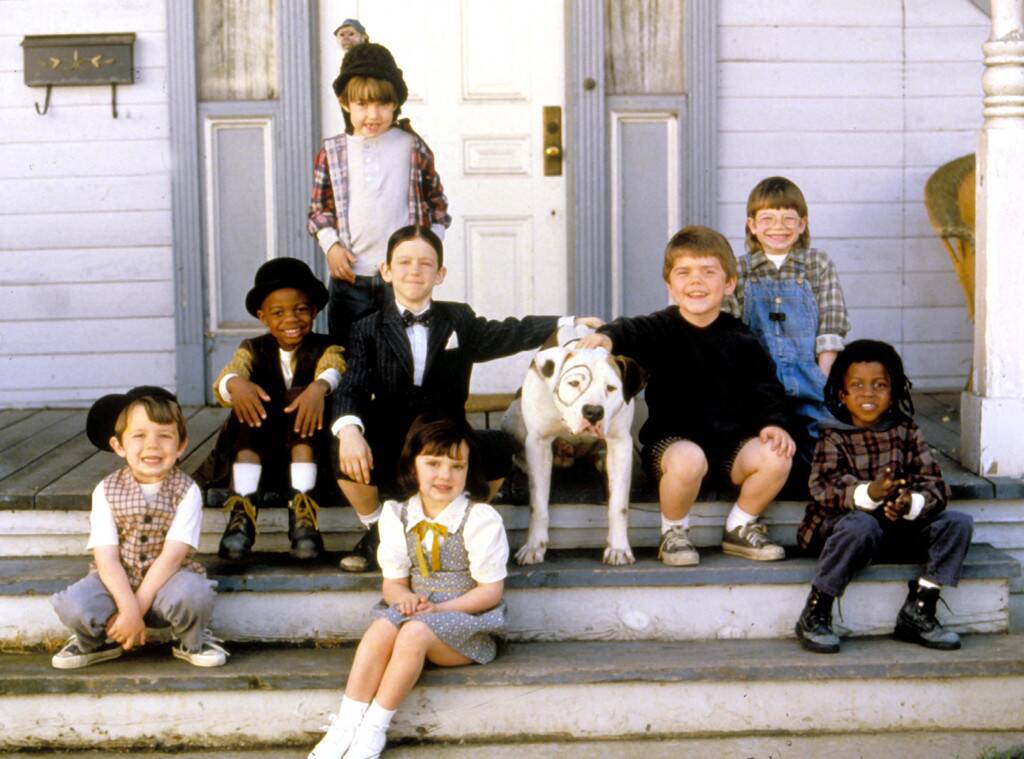 This one just doesn’t stop being cute, and my 5 year old LOVES it. The characters are super adorable, and it’s a story about a little boy trying to woo the love of his young life! It’s not easy being a kid in love when you have to deal with meddling mates who are all card-carrying members of the He-Man Woman-Haters Club! 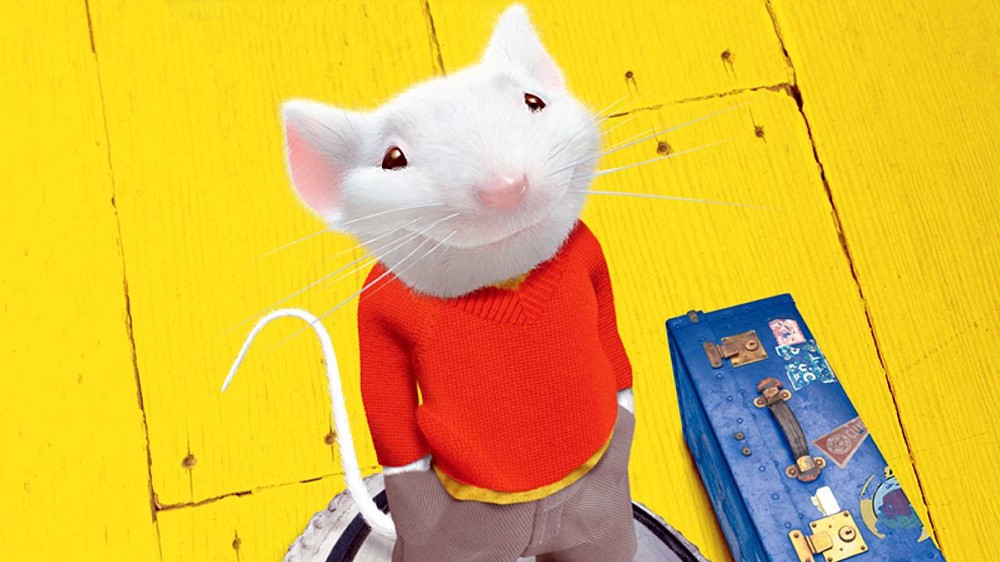 Eleanor and Frederick Little are intending to adopt a new family member. They go to an orphanage where they meet a teenage mouse named Stuart. Despite misgivings from Mrs. Keeper, they adopt Stuart and take him home. Stuart is greeted coldly by their younger son George, who refuses to acknowledge the mouse as his brother because he was expecting… you know… a brother.

I mean, if you put too much thought into it, it’s weird, but just go with it. 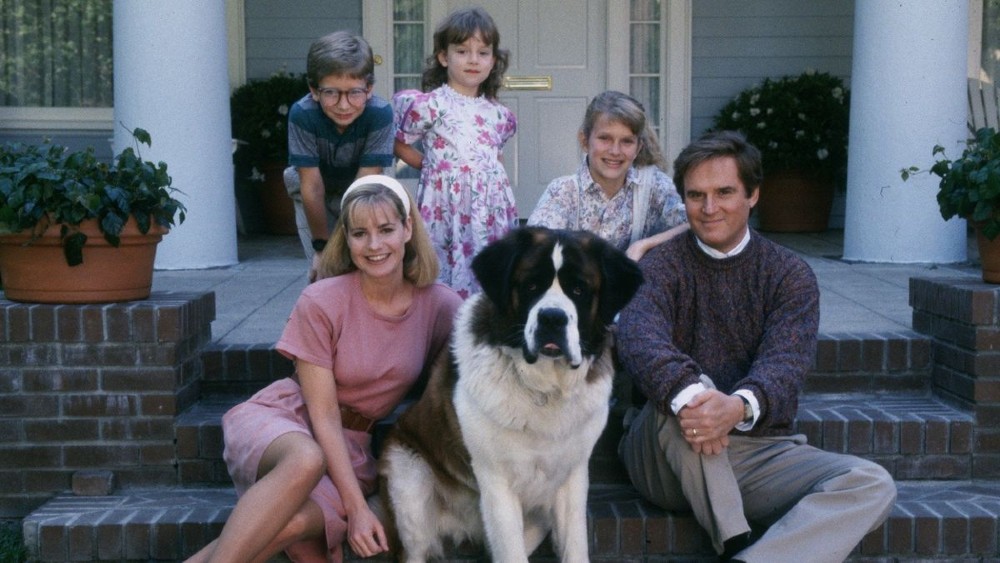 A classic pet film that everyone in the family can enjoy. I mean…. I have an intense dog slobber phobia so this one isn’t for me, but the rest of the family love it! 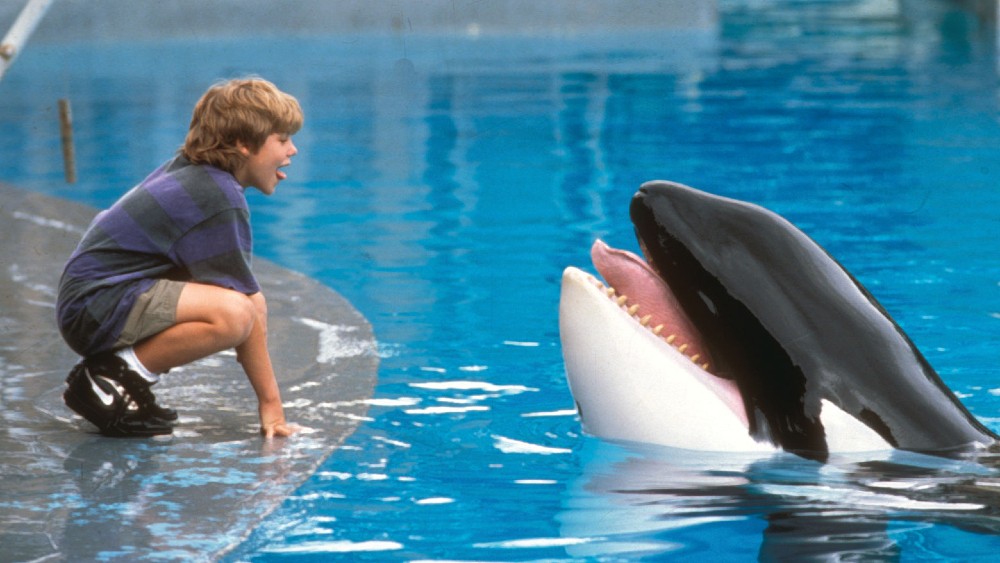 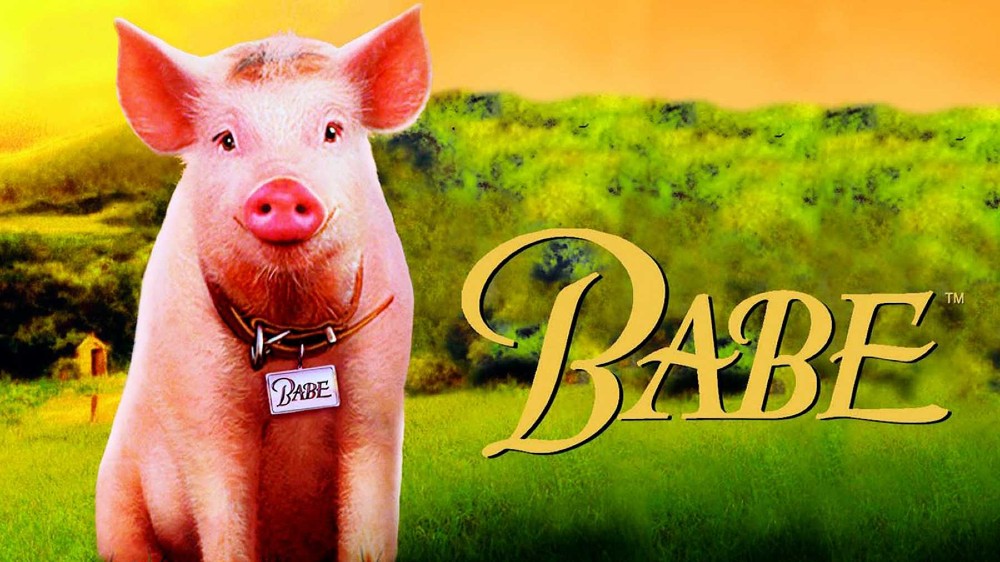 Babe, a pig raised by sheepdogs, learns to herd sheep with a little help from Farmer Hoggett.