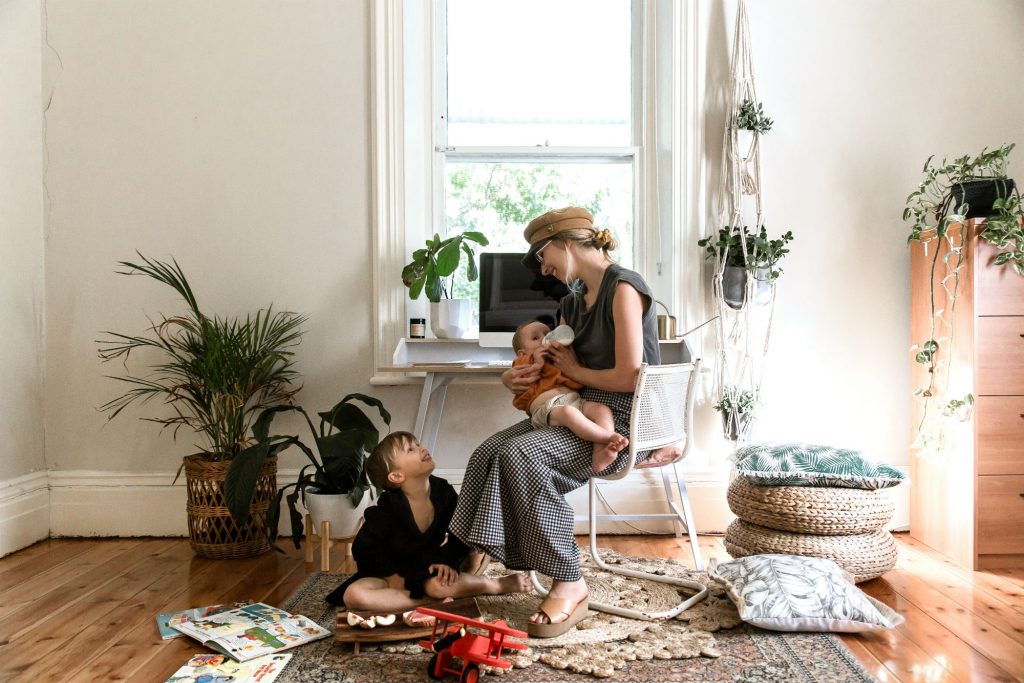 The word ‘busy doesn’t cut it when describing your thirties.

I feel like they need to coin a new term for the word ‘busy’ when you are in your thirties, have a full time job and have a couple of kids in tow. Busy just doesn’t seem to carry enough weight for the utter chaos of my days, which starts at 6am and doesn’t finish until at least 9pm.

I am aware that this isn’t ground breaking stuff. All parents face the daily struggle of seemingly simple tasks such as feeding and clothing their children and some do it with a lot more grace than I can manage.

I see these women at kindy drop off looking all put together with their showered children in clean clothes carrying their plastic free lunch boxes, yet even on the mornings when I actually attempt to have it together I still roll in late, dragging Harper across the road with his un-brushed hair and sleep stuck in the corner of his eyes carrying some left over noodles from last nights dinner.

The other day I dropped him off with toothpaste on my face, not from actually brushing my teeth but from a pimple I had lathered it in the night before.

From there I drop my nine month old off at day care where I am told I forgot to pay the fees again before I battle peak hour traffic back home to sit at a computer for seven hours until I am back in the car to take on the night time routine. This routine is the same every single day. At least Bill Murray got to retry for the same day over and over but I just keep getting further and further behind.

I understand that everyone is dealing with their own situation and every problem is relative but I can’t help but want to fly kick some of my child-free friends when they complain to me that they are busy.

I try to be empathetic as they whinge to me about a certain deadline at work or how they haven’t had a weekend free to just chill on the couch ‘for like three weeks now’! The pain of holding back causes me to develop a slight eye twitch. I once had a friend complain to me that she was so stressed and busy from working full time and planning a trip to Europe. I think I might have actually fly kicked her for that one though, or I at least envisioned it while she stressed over what Air BnB had free Wi-Fi.

Your thirties are what I like to call the years of consolidation. You are building your career and working more hours than you ever have. You have young kids that rely on you 24/7, are paying off a mortgage, saving for your future and still trying to have some kind of life. You look back on your twenties and wish you did more with your free time and look forward to your forties because all those guys seem to do is drink red wine and go on holidays. Your thirties is a blur of changing nappies, wiping noses, sitting in traffic, being late for meetings, making lunch boxes, paying bills, going to weddings and baby showers, the occasional quickie and constantly yelling, ‘hurry up we’re late!’

But here’s the thing. Your thirties are also a blur of morning cuddles, holding hands, belly button kisses, lounge room forts, cupcakes with too much icing, first smiles, first words, first steps and being told, ‘I love you mummy’ 30 times a day. These are the days that you will miss, the days that will make you tear up when they don’t let you hold their hand anymore.

These days are a blur and I’m told they will only get blurrier so even though my thirties might be the hardest and busiest time of my life, I can’t help but think that they will also be the best.